From the Sea to the Road : SB4, a new 7.0 automotive crate engine by... Mercury Racing 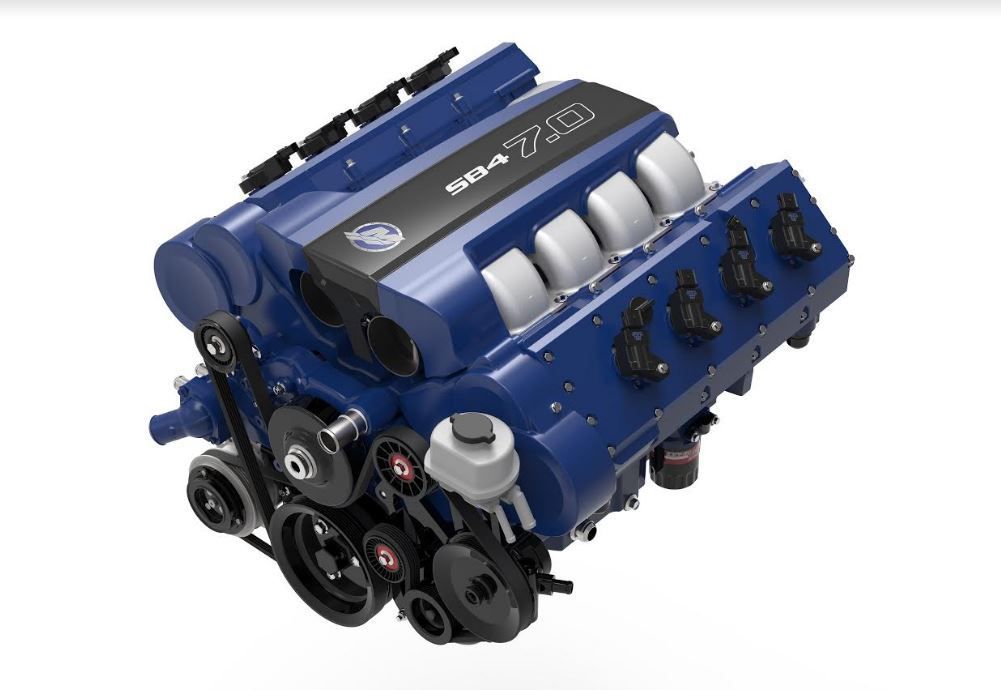 This proven valve train, which greatly enhances engine durability over a standard two-valve design, enables the engine to produce a staggering... 775 horsepower (!) at 7500 RPM on pump fuel.

This new motor has been developed utilizing 3D simulations and analyses on airflow, cooling, fuel and lubrication systems. Intense finite element analysis studies have been conducted on the head, block and rotating components, to ensure efficiency and reliability.

The different benefits of the DOHC four-valve design versus the typical LS pushrod layout include:

Mercury Racing is the sole manufacturer in the high performance powertrain business. The company designs and develops fully integrated systems, such as own electrical and engine management systems.

The new SB4 7.0 engines are available as turn-key, ready to run engines featuring Mercury Racing’s proprietary engine control module and electrical harness. They come unpainted to allow builders to color match engines with the vehicle. Exhaust is not included.

Speedkore’s impeccable carbon fiber work, featured throughout the car, was one of many unique highlights that caught the attention of the judges and media alike. From there – the car was sent to Los Angeles for multiple photo sessions and video shoots – culminating with a feature on Jay Leno’s Garage.

Timing is everything. Shortly after the Leno show - the Mercury Racing powered Charger was requested for filming of the next movie in the Fast & Furious franchise. TANTRUM will be seen in the upcoming Fast and Furious film ! 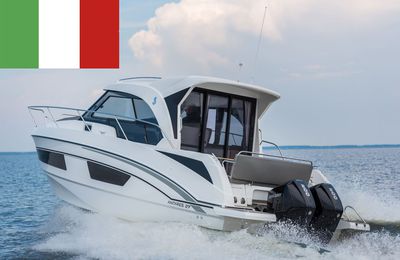