The rare passers-by could see a strange spectacle at the “Dame de Fer” last night.

It involved an exceptional convoy, a 300 tons tower crane and an 8 tons Imoca 60, which had taken part in the last Vendée Globe with the skipper Tanguy de Lamotte.

In a carefully prepared manoeuvre, the Imoca was lifted up to the first floor of the tower; it will be exposed there till the 10th of May.

It also highlights such a great boat, whose mission is to allow children suffering from a heart condition to be operated in France in the best conditions, a mission supported by the association Mécénat Chirurgie Cardiaque. 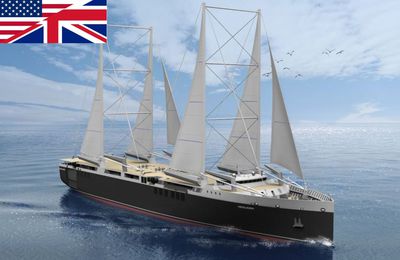