The 2019 edition of the Yachting Festival is the opportunity to discover the latest motoryacht of the Lagoon Shipyard, the brand new Lagoon Sixty 7, which complements the famous Lagoon Seventy 8. And yet, at the opening of the fair, the Bordeaux shipyard has unveiled a scoop, the first visuals of the future Lagoon Sixty 5. 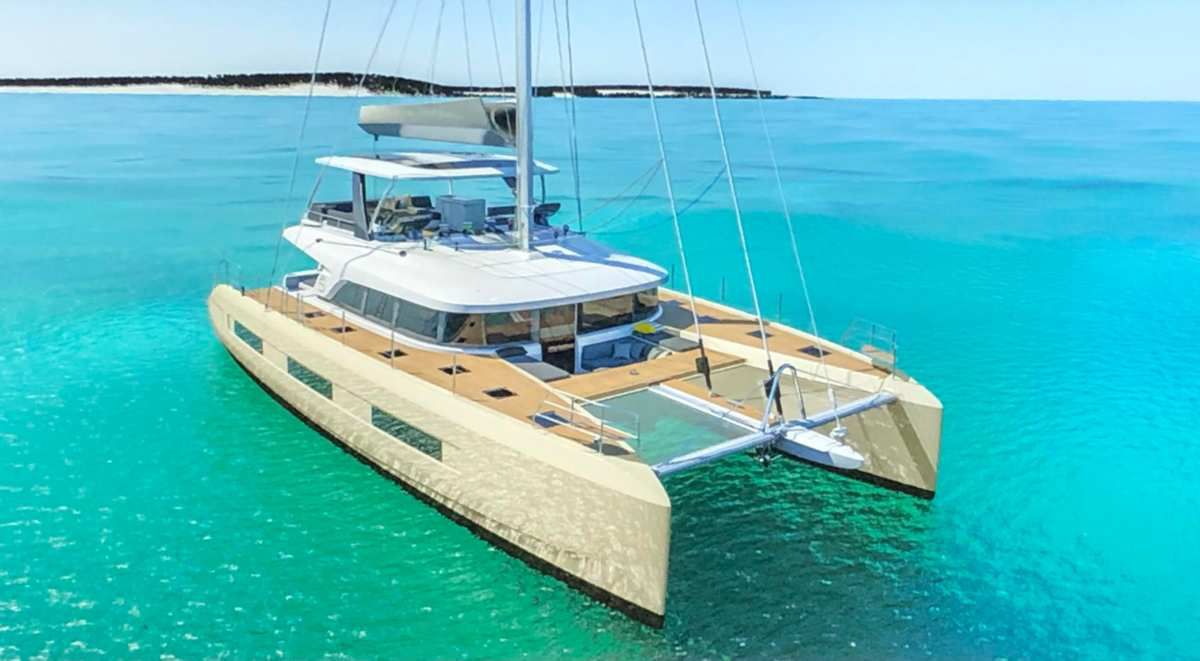 The French shipyard has not revealed much information about this model, but let's be sure that its layout in terms of cabins, will be quite close to Sixty 5.

In the meantime, Lagoon's strategy is unfolding, with the ongoing renewal of its range, especially its biggest models.  According to our information, the Lagoon Sixty 5 will be unveiled next April at the International Multihull Boatshow in La Grande Motte (France).

We will not fail to revisit this information very quickly, in our next editions...