Fora Marine, the specialist in RM fast offshore sailing yachts, based in Périgny, not far from the Dufour and Amel shipyards, is in turmoil. Its economic and industrial model seems to be the major cause, as well as the failure of one of its suppliers. This is bad news that comes to us once again from the La Rochelle region, after the successive liquidations this year of the Ofcet (sailing) and then Ocqueteau shipyards.

The Fora Marine shipyard, builder of the RM sailboats, the famous fast offshore sailcruisers, with an inimitable style, built in epoxy CP and recognizable by their painted hulls, would be in near insolvency and should request its placement in receivership in the coming days.

Rumours continued to swell during the Nautic de Paris 2019, especially since the site's head holding company, Aime Mer, was placed under a safeguard plan on 11 September by the Bordeaux Commercial Court.

A unique offer of sailing yachts on the market

The RMs are luxury sailboats by Marc Lombard, whose originality lies in their wooden construction: epoxy plywood. A construction method that has an industrial advantage - being able to do without the hull moulds specific to polyester boats, which are particularly expensive - but whose disadvantage lies in high production costs and difficult industrialisation.

Industrial brakes that did not, however, prevent the company from experiencing strong growth in sales until 2017, due to an attractive and original product offer - RMs are good sailboats - and to a unique launch plan for a niche shipyard, of nearly one unit per year, an achievement made possible by the absence of shell mould manufacturing !

At the end of 2016, the site moved to a new factory to cope with a strong growth in its order book and its then manager, Martin Lepoutre, sold his company three months later to three investors led by Pierre Gattaz, the former president of the Medef, Olivier Gainon, and Stéphane Sénacq.

A buyout partially carried out through LBOs

Fora Marine, which was partly bought in cash through Aime Mer and partly through an LBO financed by a banking pool, is entering a new era of its existence.

Appointed as site president, Stéphane Sénacq, is confronted with a difficult economic model, between the necessary growth in production, due to a large order book, and a working capital requirement financed by customer deposits, which does not facilitate the said increase in workload.

To overcome quality problems - and shorten its production times - the yard opted for a technological innovation: to produce composite planks - like the RM bridges - and graft them onto the wooden structure. The new RM 1180, with its sublime lines, will be the first to introduce this technology.

The problems followed one another: the liquidation of the Ofcet shipyard, in charge of the plank moulds, caused the 1180 programme to fall behind schedule, and Stéphane Sénacq decided to leave his duties, selling part of his shares to his partners, while Olivier Gainon took over the helm.

The delay in launching the RM 1180 complicates the financial situation of the yard, delaying its financial income. A downward spiral that leads to an inextricable situation.

The difficult passage experienced by the Fora Marine shipyard only reflects the specific nature of the sector's economic model, with high working capital requirements and cyclical cash inflows. A specificity that can only be anticipated with serenity by the implementation of fully controlled production processes. An approach that has made the success of the giant Bénéteau, for whom "industry" is strategic

If it is going through a difficult period, the Fora Marine Shipyard and its RMs seem to have many assets to interest industrialists in the sector. Why not groups like Wauquiez Experton, Grand Large Yachting, or even the rochelais Fountaine-Pajot, the catamaran specialist, who made a remarkable entry into the world of monohull sailing boats, with the takeover of Dufour Yachts. Industrialists who have all the industrial skills to optimize the site's production processes and reduce its costs. 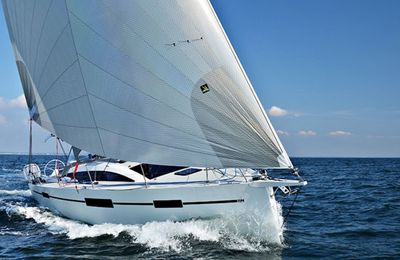 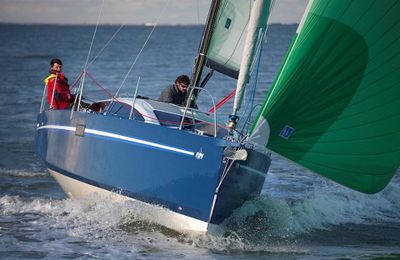