With the 100 Sunreef Power, the Polish shipyard in Gdansk is taking the style discovered on the 80, a powerful and sober style, with a very strong identity, perfectly anchored in the world of yachting, which by certain pencil strokes is not unlike that of the luxury car.

This timeless style has undoubtedly marked a new stage in the life of the shipyard, which, after establishing itself on the semi-custom catamaran market, has made a remarkable entry into the world of yachting and superyachts.

In fact, the current trend is clearly towards a transfer of part of the classic motoryacht market (meaning monohulls), towards units which are smaller in size, but whose catamaran architecture enables them to gain in habitable surface area, stability and consumption, whilst using a smaller crew, as owners now want more privacy on board.

This transatlantic catamaran, whose interior layout has been imagined by its owner, will be distinguished by a jacuzzi, a gym, a large hydraulic platform and a garage large enough to accommodate two large PWCs and a wide selection of nautical toys. 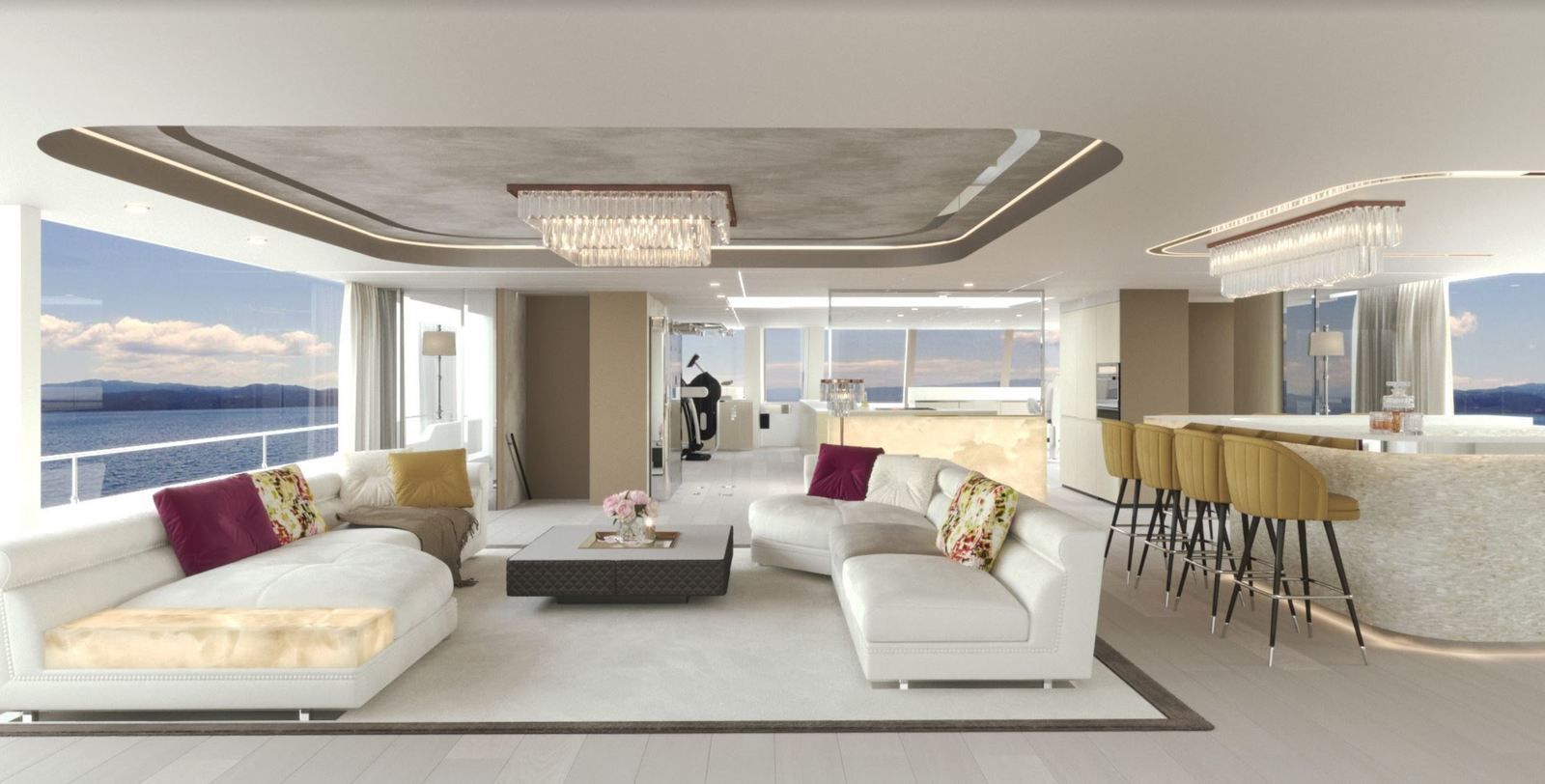 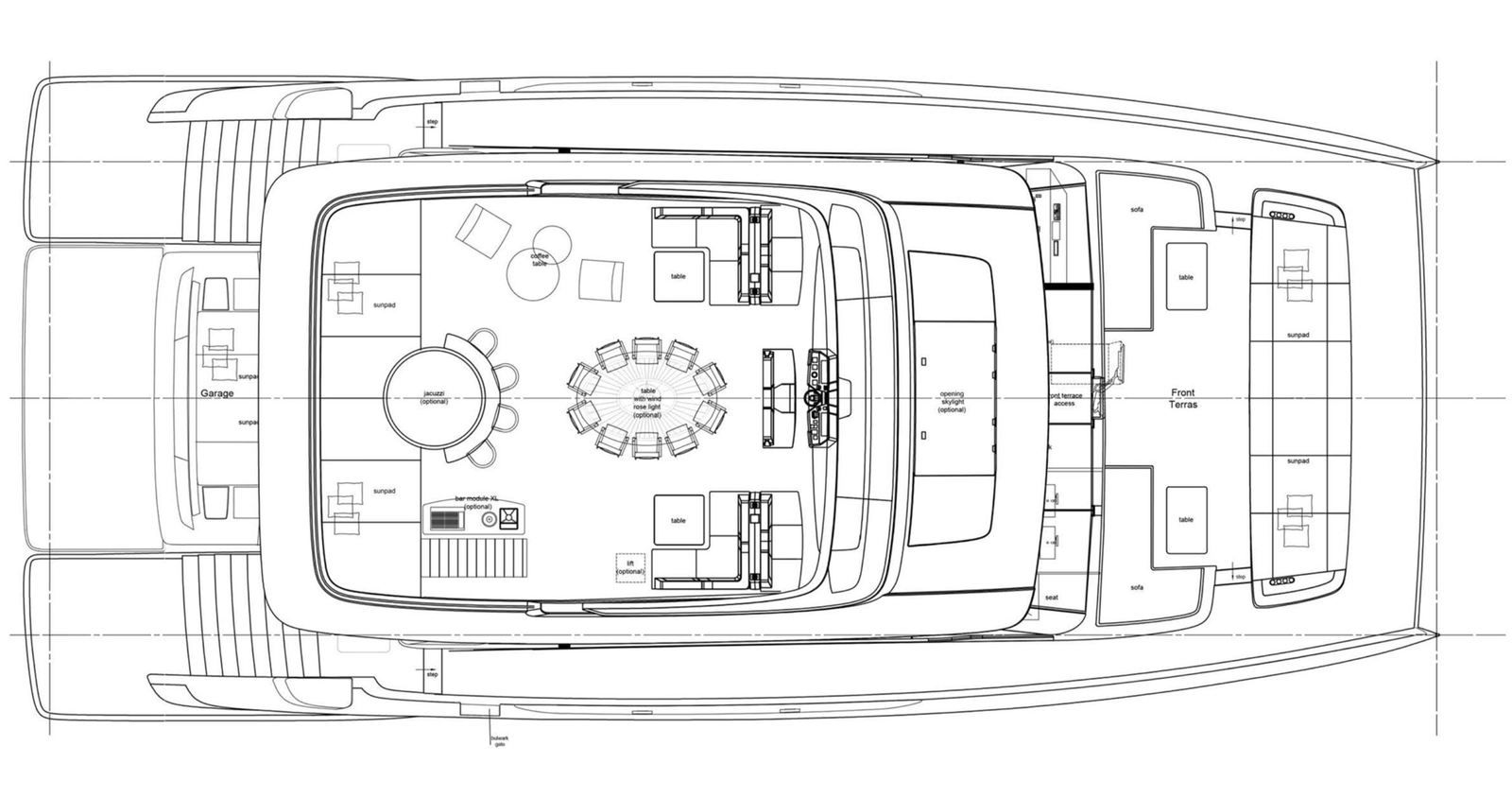 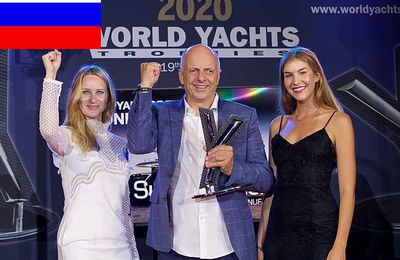