The suspense to know who was going to take over the German shipyard Bavaria Yachts lasted all summer - the take-over and resuming of activity was initially expected in July - yet it lingered and ended up being still one of the most discussed topics of the Yachting Festival in Cannes, the first show of the 2018-2018 nautical season closing Sunday.

According to our information, it is finally the investment fund Capital Management Partners that will take over the shipyard Bavaria Yachts that went bankrupt last April, along with its French subsidiary Bavaria Catamarans (formerly Nautitech), located in Rochefort that continued its normal operation, having not been placed in recovery like its parent company.

Group Opting for a Single Sale, for Both Monohulls and Multihulls, to the Same Buyer

The scope acquired by CMP includes both the German legal entity Bavaria Yachts, specializing in the construction of sailboats and monohull motor boats, located in the state of Bavaria employing 600 employees on its giant site in Giebelstadt, as well as the French entity Bavaria Catamarans, formerly Nautitech that employs 200 people in Rochefort.

During the summer, the legal representative Tobias Brinkmann has changed his tune several times, between a global sale and a sale of each of the two entities separately, but it appears in the end that the complementarity of the two poles of the group ended up being a big plus for the buyer.

CMP: a Specialist in the Turnaround of Industrial Companies of the Mittelstand

Based in Berlin and established in 2000, Capital Management Partners specializes in the takeover of German Mid-Size Companies in difficulty, and in their turnaround.

The company is therefore familiar with the industrial environment, and this knowledge will undoubtedly be essential to revive the German entity, knowing that taking into consideration the specificity of the nautical industries will be a guarantee of success, especially as CMP is already facing two fundamentally different situations, in the thriving multihull market, between Bavaria Giebelstadt in structural difficulty, and Bavaria Catamarans at equilibrium.

How to Improve the Chances of a Successful Recovery?

If the buyers have not yet unveiled their business plan, it would probably make sense to legally separate the French and German entities, avoiding any link of subordination between them, as their operating situation and market are different.

In a dynamic market, Nautitech, in order to continue its good development, seems mostly in need of visibility and a new model in its range to complete its very successful 40 and 46 and eventually expand production capacity which could be realized by a move to Rochefort, while Bavaria, before reimagining its product plan, especially in the engine sector, must now recruit the skills that have left since April; they must also sell and produce what is in the catalog to generate cash, an essential part to the sustainability of a giant industrial site employing 600 people.

This empowerment of the two structures could be materialized by the discontinuation of the Bavaria Catamarans brand in favor of the historic name of the French yard Nautitech, and a return of Bavaria on its traditional positioning.

While a new era is beginning for Bavaria, we can only hope that it is flourishing, both for the nautical sector and for the families that are living of the activity of the site. 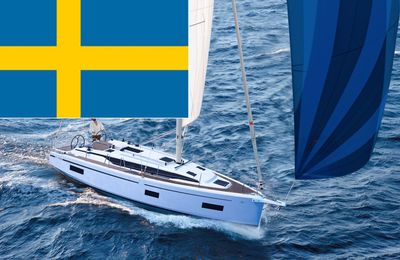 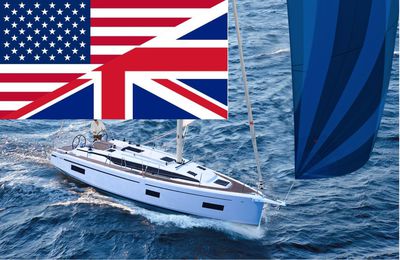