Amel Yachts ready for the autumn season around the globe

The time has come for the end of the summer yacht season. Just back from the International Sydney Boat Show, the French shipyard Amel is now getting ready to take part in the major exhibitions this autumn: Cannes, Newport, La Rochelle, Genoa, Annapolis… Historically, autumn is the time of year when yacht lovers assemble for the key boat shows, to start imagining next year's navigation season!

Once again this year, Amal Yachts will be present, revealing its universe of 55 and 64-foot yachts and sharing its lifestyle. These events are also the occasion for the La Rochelle constructor to visit its loyal community of boat owners from around the world, as well as fostering new encounters.

Thanks to the shipyard's on-site sales teams, it is easy to find out about the brand and its latest developments. Agents will be available to greet visitors and provide information in several locations, including Kronenberg Yachting (Germany), Sail Away (Italy), Ultrasail (Russia), McMichael Yacht Brokers (USA) or Yate Center (Spain). 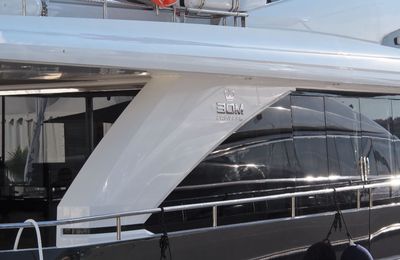