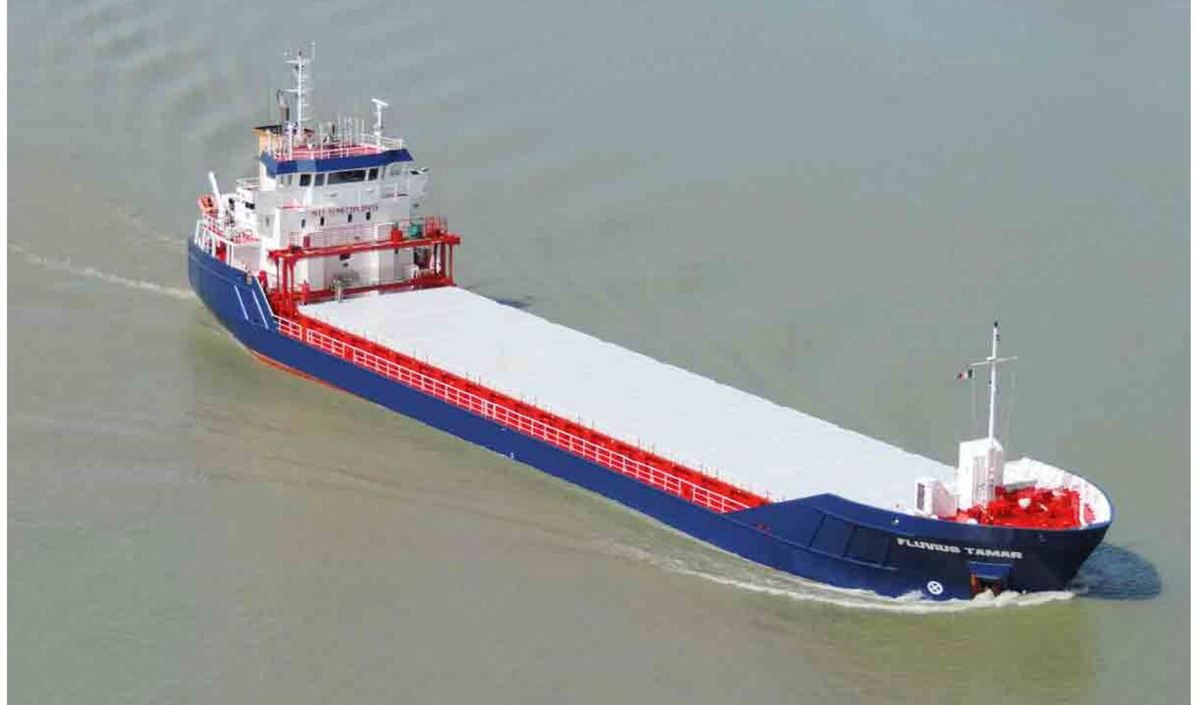 Seven crew members of the Fluvius Tamar, a 90m long bulk carrier of Amasus Shipping, registred in Barbados, enroute from Eemshaven (NL) to San Sebastian (SP), have been rescued from their life rafts, after sinking of their ship, 38 milles off Kent (UK) and 40 milles off Dunkerque (F), in the night of Jan 13, 2017.

Their emergency call came just before midnight, while the bulk carrier was taking on water sharply.

An extensive rescue operation was immediatly launched, after the Fluvius Tamar went down 38 miles NE of Ramsgate, including the Ramsgate RNLI all weather lifeboat (AWL), British rescue helicopters and a Dutch helicopter, while two merchant vessels came to the aid of the sinking ship.

Ships nearby managed to reach the stranded crew first, but a merchant ship near the scene was unable to deploy its fast rescue inflatable craft because of the very bad weather conditions, with severe gale-force NW winds of 9 Beaufort !

At last, all crew members were airlifted to hospital by the Lydd based Coastguard Search and Rescue helicopter. If rescued crew members suffered potential hypothermia, no one had serious injuries. VIDEO - U Safe, overall winner of the Dame Awards 2019
« Previous post Floating Life appoints Cantiere delle Marche for the construction of the K42 exploration yacht Next post » London Boat Show - and the 2017 UK Coastal Marina of the Year is...

VIDEO - U Safe, overall winner of the Dame Awards 2019