After Mercedes, Aston-Martin, and Lexus, Bugatti releases its first yacht

Bugatti has just introduced the first model of a new range of yachts measuring 50 to 80 feet, the Niniette 66. More than ever, the luxury carmakers want to capitalize on yachting to build up their image, like Mercedes-Benz, Aston-Martin and Lexus did before.

In order to do so, the French-German automobile manufacturer has joined forces with Palmer Johnson, a designer based in Monaco, and a must in yachting both in Europe and the United States.

Their partnership combines "pedigrees in design, technology and performance to an ambitious vision of the future of yachts" they said.

The Niniette 66 will be built in limited edition of 66 units.

The French subsidiary of the Volkswagen Group has already an experience in building boats. Indeed, in 1930, Bugatti created a single motor boat for the prince Carlo Maurizio Ruspoldi, baptized the Niniette by the founder Ettore Bugatti.

With its stabilized yacht, this new yacht combines speed and efficiency while attaining a very high level of comfort on board.

Both partners explained that the fineness of the hull allowed to achieve high speeds with lower input power, and lower fuel consumption. As a result, the maximum speed of the yacht is announced at 44 knots (81 km/h) with a draught of 0.83 meters.

In terms of price, Niniette 66 is announced at 4 million euros. 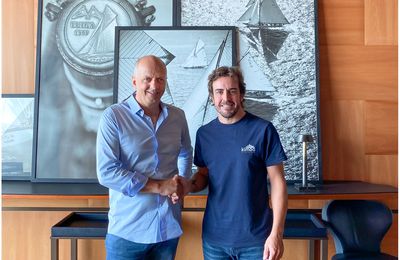