The port city of Batumi, Georgia, could become a high place of yachting in the Black Sea: a $ 250 million Marina project is indeed announced.

Marinas are not plentiful on the Black Sea, both in Ukraine, Russia and Georgia, with Turkey being an exception.

In this context, the announcement by the Georgian investment fund Silk Road Group to build an exceptional marina in Batumi made big buzz, especially as local environmental associations have led a lobbying campaign against, arguing that the marina would disfigure the city.

This project would be carried by Silk Road Group and the Georgian Fund of Join Investment. It would focus on the construction of a marina (around 100 yachts places), a yacht club, but also hotels and apartment buildings, in a concept quite similar to what exists in Dubai.

The architect in charge of the project is the British Chapman Taylor.

It should be noted that this project initially provided for the construction of a Trump Tower, but the project fell apart, as the two parties to the project did not agree.

If the project is completed, Silk Road Group announces the possibility of building 3 other marinas on the same concept on the Georgian coast. 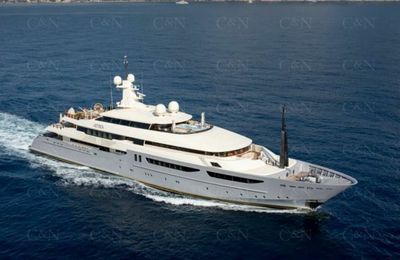 Russian trawler sinks in the Barents Sea: 17 dead or missing

Lagoon present at the 2021 Barcelona Boat Show with 4 catamarans