On Saturday 1st August 2020, just before 4pm, a 75-foot motoryacht registered in Italy, the MY Regis, hit a rock off the island of Cavallo (South Corsica), before starting to sink.

As soon as it was alerted, CROSS Med in Corsica (Regional Centre for Surveillance and Rescue Operations in the Mediterranean Sea - Corsica) launched an operation under the coordination of the Mediterranean Maritime Prefect.

The 11 people on board (Regis is offered for hire at 30,000 euros a week in high season) were immediately repatriated to the island by a national gendarmerie patrol boat. None of them was injured...

In addition to the National Gendarmerie boat, other means were mobilized by CROSS, including a boat from the Bonifacio Nature Reserve and private means present on the site. The French Navy Falcon 50 patrol aircraft, in flight at the time of the incident, went to the site to assess the condition of the vessel and its impact on the environment.

A sheen observed on the surface indicated localized pollution following the grounding.

The RIAS (Remedial, Assistance and Salvage Tug) Abeille Flandre, at anchor in the Gulf of Saint-Florent, set sail for surveillance and response. Finally, a private towing company from Bonifacio moved the vessel, which could present a danger to navigation, by towing it to an anchorage area for investigation of the hull by divers.

Built in 2008 by the Aicon shipyard, Regis can embark 8 passengers accommodated in 4 double cabins. 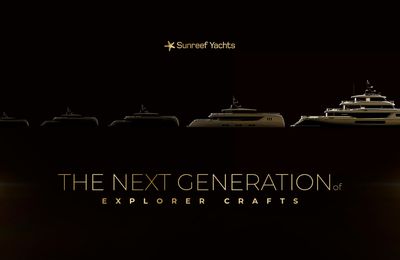