A week ago, Reed announced, less than 10 days before the opening of the show, the cancellation of the 2020 edition of the Yachting Festival, due to a refusal by the Prefect to grant an exemption to an event with more than 5000 visitors. The Prefect's response was not long in coming, through the press in the columns of our colleague Nice Matin, who totally refuted this thesis. A situation which leads us to ask two very simple questions: Was it really in Reed's interest to organise the Yachting Festival this year? Why did Reed, 24 hours before this announcement, put pressure on the exhibitors to collect their payments? Every year, the Yachting Festival presents itself as the first nautical event of the season, welcoming 600 exhibitors from all over the world - but mainly from Europe - in two distinct locations, 2 km apart: the old port of Cannes for motorboats and motoryachts, and Port Canto for sailing. Europe's first afloat boat show, the Yachting Festival welcomes 54,000 visitors every year over 6 days, or 9,000 per day, launches the nautical season, is the occasion for the shipyards to present their new products, and above all allows them to sell boats. The show is organised by the Anglo-Dutch company Reed.

How was the 2020 edition announced?

Due to the current sanitary situation, the Yachting Festival de Cannes was announced in a more modest format than in the past years. Still organised on 2 specific ports, the Old Port and Port Canto, the number of registered exhibitors was about 373 companies, compared to 611 last year. The constraints of international travel suggested a fairly significant drop in visitors, especially non-European visitors. In fact, some professionals were counting on a maximum of 30,000 people over 6 days, i.e. 5,000 per day, spread over the 2 ports. The position of the exhibitors was that only yachtsmen really interested in buying a boat would come to Cannes, which is generally observed during periods of transport strikes, for example...

In his communication, Reed justified his decision to cancel the show, due to the Prefect's refusal to grant an exemption for an event with more than 5000 visitors, specifying in a press release: "The Prefect (Le Préfet - editor's note) decided not to grant the expected exemption, making it impossible to hold the Yachting Festival".

This explanation was in fact a case of force majeure, imposing itself on the organisation.

In an article published in the columns of our colleagues in Nice Matin, the Prefect insisted on setting the record straight. For the representative of the State, it is Reed's position and his intransigence which are at the origin of his decision to cancel his show !

If the ban was initially blocked beyond 5000 people on the 2 sites (in real time), Reed demanded 15 000, remaining inflexible on this point !

Showing great flexibility due to the economic stakes of the show, the Prefect proposed 5000 people per site in real time, with electronic counting, direction of ciculation and compulsory screening of exhibitors, which seems the least that could be done in the current situation.

This common sense proposal will be swept aside by Reed, who will declare not having obtained the expected derogation, being thus obliged to cancel the event... because of the Prefect !

Reed anticipates a 44% growth in visitor numbers in 2020 for the Yachting Festival !!

In his negotiations, Reed imposes on the State services, the gauge of 15 000 people in real time on the 2 ports, not to budge, closing the door to all the Prefect's counter-proposals.

But what does this figure of 15 000 persons present on the 2 sites, in real time, correspond to ? This figure really deserves our attention....

The Prefect will welcome 48,000 visitors over the 6 days!

If the Maritime Alps Prefect is not a specialist in the organisation of trade shows, it seems that his proposal was totally adapted to the particular situation that prevailed for the 2020 edition of the Yachting Festival.

Following the 6 days of the show, the Prefect's proposal therefore allowed to welcome no less than 48,000 visitors, a figure well above the 30,000 visitors expected this year...

The questions that bother...

In this context, many questions are now being asked :

The City of Cannes supports... the Organiser and not the Prefect!

The cancellation of the Yachting Festival due to the intransigence of Reed, camped on its 78,000 visitors, is a real economic earthquake for the City of Cannes: the hotel, restaurant and transport sectors, already hard hit, are going to suffer a new major shock on their sluggish profit and loss accounts!

This situation puts de facto the Mayor of the City in a very unfortunate position, who, during the negotiations, supported Reed's position.

How to explain to voters the suppression of an event that makes them live?

In this context, the Mayor of Cannes has decided to attack the services of the State frontally, through a widely circulated letter, accusing them of having caused the cancellation of the exhibition, and asking the State ... to take charge of the operating losses of professionals!!

To sum up the situation : Reed blocks the negociation, makes the cancellation of an event with degraded profitability, and the State would take care of the operating losses...

An astonishing situation, which again raises many questions:

What is the way out of the crisis?

While the majority of the boats supposed to be present in Cannes have either already arrived or are on their way, is it still possible to organise the Show, based on the proposal of the Prefecture?

While waiting to see more clearly, one thing is certain: Reed's position seems to have strongly degraded the international image of the Yachting Festival and will leave deep traces in the confidence of the exhibitors in the Anglo-Dutch Group, but also in the international appeal of the City of Cannes, the city that approves at the last minute the cancellation of its international boat show.

It is not the Monaco Yacht Show that wants... 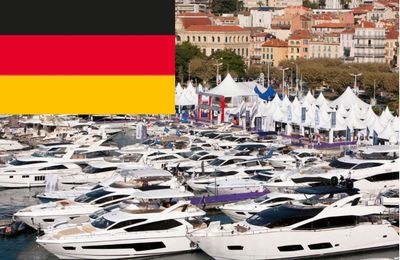