Yesterday, following a particularly violent fire that occurred in the morning, and picked up again in the afternoon, after having been circumscribed a first time, 6 yachts sank in Port Forum, in Sant Adria de Besos (city of Barcelona).

At 7:00 in the morning, the fire started for an unknown reason aboard of a moored yacht in Port Forum.

The relatively strong wind then fueled a disastrous fire that was transmitted to 6 boats, 4 of which sank in the morning. Firefighters, who quickly reached the area, were able to circumscribe the disaster whose cloud of black smoke lingered floating above Barcelona.

And then around 2:30 pm, one more round! The fire picks up this time on another boat located nearby, and spreads to two additional units. This time, firefighters who were still on site will fight until around 5 pm to bring the fire under control.

If no injuries were reported, a total of 6 boats sank, and 9 have been more or less damaged. 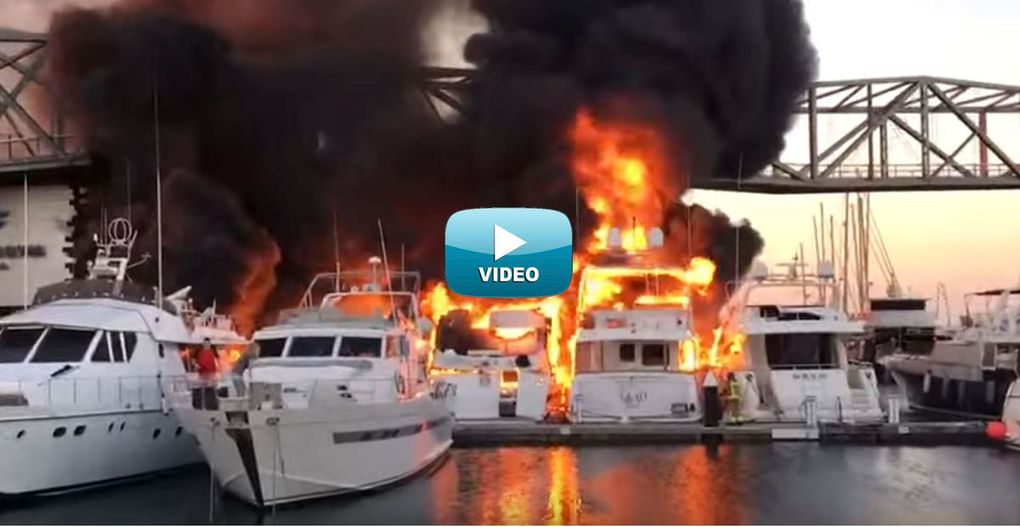