A passenger broadcast some impressive footage!

Surely a storm the passengers will remember a long time; meanwhile they received a compensation for a next trip.

Anthem of the Seas is the second ship of the Quantum class, which surpasses the earlier Freedom-class ships by over 14,000 GT, becoming the second largest class of passenger ships behind RCI's Oasis class ships on a gross tonnage basis.

Anthem of the Seas was delivered to Royal Caribbean on April 10, 2015, and christened on April 20, 2015. She has 20 passenger-accessible decks, 8 of which featuring balcony staterooms overlooking the ocean.

Like the Celebrity Solstice class, those staterooms above the life boats are recessed into the superstructure and don't look down directly at the ocean. There are a total of 2,090 staterooms: 1,570 balcony staterooms, 147 ocean-view staterooms, and 373 inside staterooms. 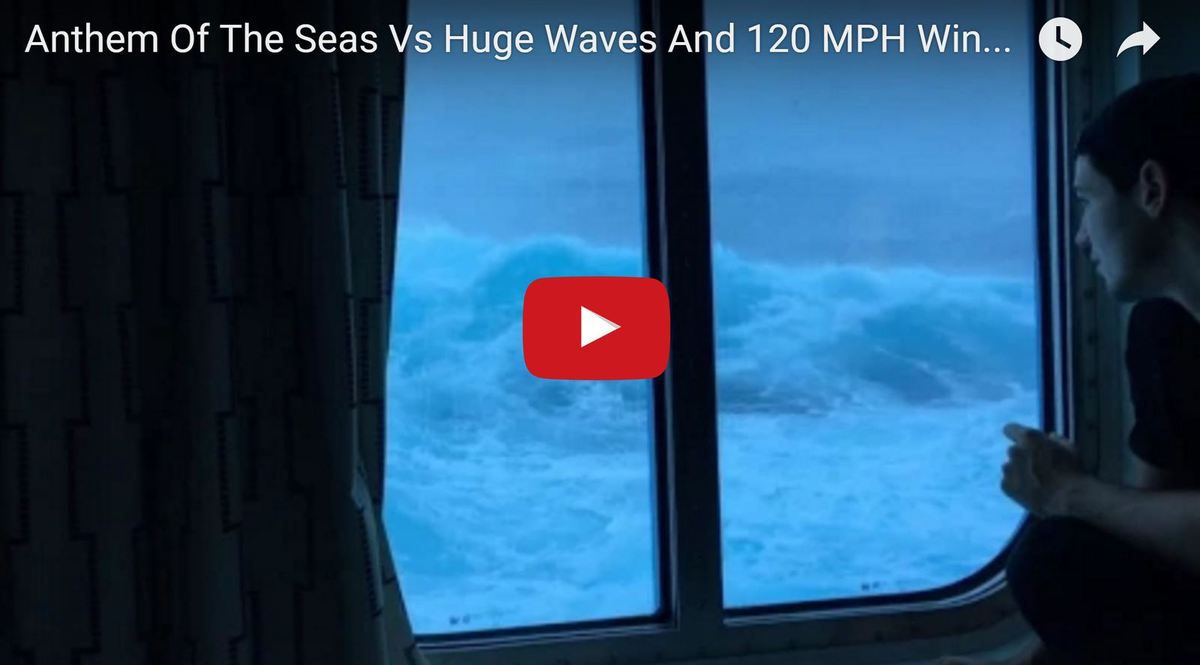