The Mont Saint-Michel became an island again for the first time after decades, on the occasion of the 2015 High Tides. This phenomenon occurs when the tidal coefficient is higher than 110.

The island, inhabited by monks since the Middle-Age, is completely cut off from the world for a few hours, a spectacle that had become rare due to the progressive sedimentation of the site. This sedimentation would have made the sea disappear in 2040, without the work conducted for 10 years now.

The cornerstone of this renovation project is a dam at the mouth of the Couesnon river, intended to release the sediments offshore. A new car park has also been built at 2 ,5 kilometers of the island, on the continent.

The visitors coming from busses are dropped off 400 meters from the Mont Saint-Michel, to preserve a clear view of the site. 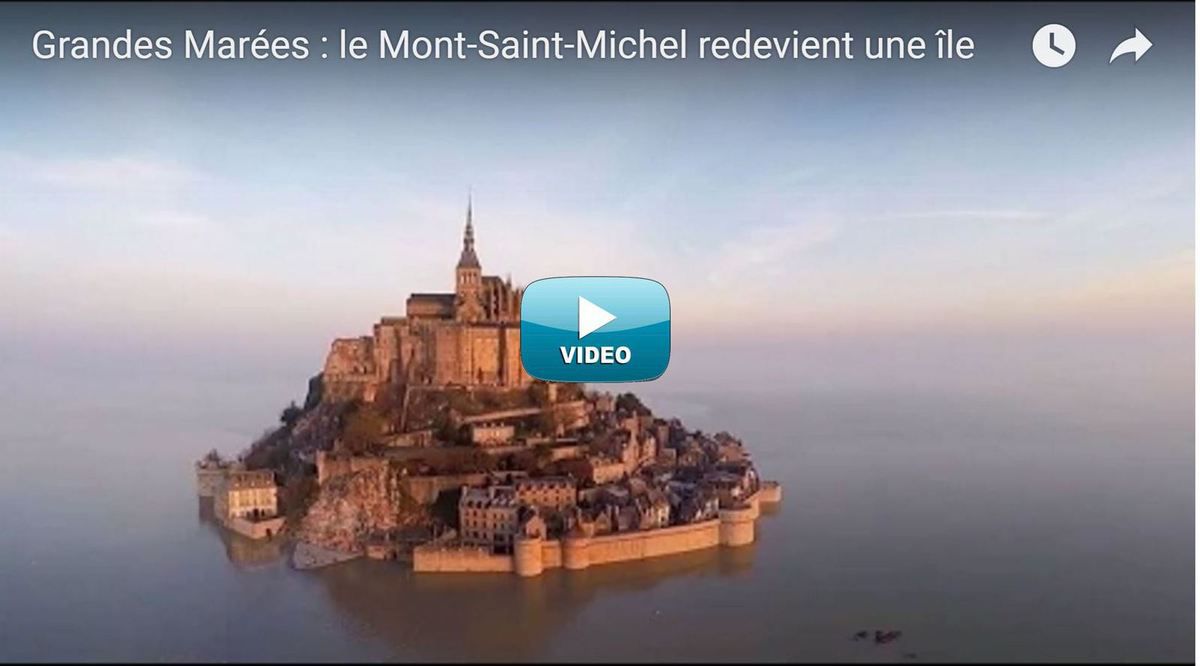