The global expansion of CMC Marine continues and the company’s electric stabilising systems will soon be installed on various models built by Chinese shipyard Liaoning Jinlong Mega Yacht. This important step forward marks the return of the Pisa-based company to a market that remains relatively unknown.

The new stabilisation systems developed by CMC Marine have arrived in China too, where the Liaoning Jinlong shipyard, which specialises in the construction of mega yachts, recently purchased various latest generation systems produced by the Pisa-based company. This represents a great success and an important novelty for CMC Marine, which after an initial contact with Asian markets several years ago, had not yet established a stable presence in this geographical area.

The shipyard has chosen the new Stabilis Electra™ - LR System stabilisation systems, which were launched by the company on the market only last year, for fitting to 50-meter yachts sold to local owners. One of the special requests made to CMC Marine’s engineers was to organise a visit on board a yacht of the same type as the one built by the Chinese shipyard and that is already equipped with CMC systems. The visit fully satisfied the shipyard’s delegation who were welcomed on board.

Alessandro Cappiello, CMC Marine CEO, commented: “Our internationalisation in recent years has become one of our company’s distinctive feature. Sending one of our associates to the area was a major investment but proved to be a decisive step forward. This new partnership confirms that it’s full steam ahead for the sales strategy we have defined, even in this relatively unexplored market”. Asia therefore looks set to be the next “land to conquer” for CMC Marine, whose stabilising fins and systems can already be found on the best known and largest American and European yachts. 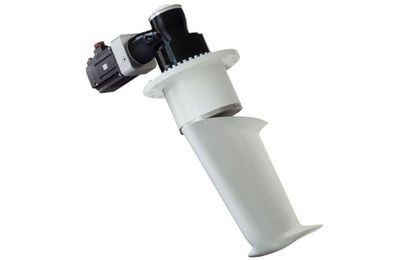