CMC Marine officially opens the European boat show season by presenting the company’s latest product. The Cannes Yachting Festival 2018, held from September 11 to 16, will provide the opportunity to introduce a new integrated control system onto the international market, as well as to announce a new partnership with French company Sirehna.

CMC Marine is geared up for the launch of a new integrated steering and stabilizer fin control system on the international yachting market, and the Cannes boat show offers the ideal opportunity to announce the new partnership between the Pisa-based business and French company Sirehna, which has developed exclusive software for the new system.

The new partnership between CMC Marine and Sirehna, the French subsidiary of Naval Group, which operates in various fields including hydrodynamics and the control of mobile marine units, has led to the implementation of special software that will further improve the efficiency of the new systems and boat control.

The Cannes boat show will also provide the company with the chance to announce the availability to a wider market of the Directa™ electric steering system, which has so far been produced exclusively for one leading Italian shipyard, with the installation of over 90 units on eight different models.

Directa™ steering systems join the “traditional” products offered by CMC Marine, for which the company is renowned throughout the yachting world because they are the stabilization and control systems used by leading yachtbuilders on their boats. According to ‘The Superyacht Annual Report - New Build 2018’, published by The SuperyachtNews magazine and offering and authoritative snapshot of the world yachting market, in 2017 a third of yachts between 30 and 50 meters in length (31 out of 95 units delivered worldwide) had CMC Marine stabilization systems installed on board.

CMC Marine CEO Alessandro Cappiello commented: “I’m proud of the results we’ve achieved. Having a 33% share of the world market is a source of pride for us and a remarkable acknowledgement of the work we’ve done in recent years. Despite the world financial crisis, we have continued to invest in research and development, hiring young and motivated people rather than reducing our workforce, as many have done. The new partnership with Sirehna and the introduction of new products, like the Directa™ steering system, are a clear example of this”.

CMC Marine will be at the Cannes Yachting Festival from September 11 to 16 at the stand Palais 037. 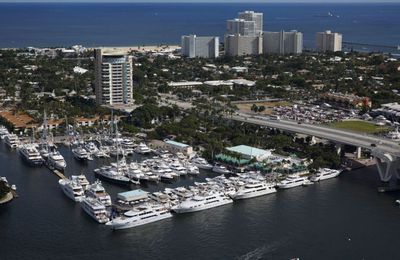