It is a frank victory won by the French Federation of Nautical Industries (FIN), in the dispute with the Reed Group, about the organization of the Cannes Yachting Festival. Context of the Case

The FIN was created in 1964 to defend, represent and promote the boat industry’s activities in France and around the world. It is the voice of more than 5,000 companies and its members, grouped together in 11 boat industry and services sectors, represent more than 80% of the industry’s revenues. The FIN is the owner of the Paris (Nautic) and Cannes (Yachting Festival) boat shows.

In October 2016, the FIN terminated the contract that had entrusted the UK-based firm REED with organizing the Paris and Cannes boat shows since 1998. When this contract was terminated, the FIN opened proceedings with the Paris High Court because a clause from this contract (Clause 9.3) stated that, in the event of cancellation, for any reason whatsoever, REED would operate the Cannes Yachting Festival through to 2041.

For the French boat industry, considering the importance of the Cannes show and its complementary positioning alongside the Paris show, the application of this clause put the industry’s economic balances at risk.

In November 2016, REED opened summary proceedings to request the forced application of the contract. Its request was dismissed by the Paris High Court.

The Tribunal de Grande Instance de Paris has issued its final ruling: after declaring that all the claims submitted by the Fédération des Industries Nautiques were admissible, the court ruled that Clause 9.3 of the contract between the FIN and REED was null and void and declared that this contract was terminated with effect from December 20, 2016. The Court not only granted the FIN’s request to cancel Clause 9.3 from the contract, but also rejected the counterclaim submitted by REED, which wanted to be recognized as the owner of the Yachting Festival: the Court has even expressly forbidden REED from “presenting itself, to any parties whatsoever, as the Yachting Festival’s organizer”.

“This is a magnificent victory for the French boat industry today. We always had every confidence that the courts would reestablish the truth. In a few days, I will be assembling the FIN’s Board of Directors to assess all the consequences of this ruling, because the stakes involved are significant for the immediate future of our companies”, says Yves Lyon-Caen, Chairman of the FIN, to Yachting Art Magazine.

Decryption - the decision of the Paris High Court, which goes in the direction of the first rejection of a summary filed by REED is clear: the Yachting Festival does belong to the FIN, and the cancellation of Article 9.3 indicates that REED can not present itself as the organizer of the Cannes Yachting Festival. This judgment will apply if no appeal is lodged by the multinational, an appeal being suspensive of the application of the judgment. But does REED really have an interest in making such an appeal? Negotiations between the parties could take place in order to anticipate a transition in the organization of the event? The coming weeks will be particularly interesting.... 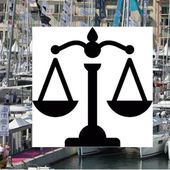 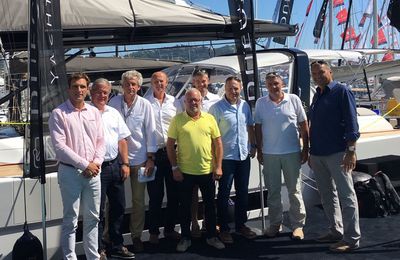