Sailing - Just a few days after the closure of the Dusseldorf Boot, where Oyster was exhibiting one of the largest luxury sailing boats in the show, the British shipyard has just been placed in liquidation. The news has had the effect of a bomb in the middle of yachting world: on February 5, Oyster Yachts, the British manufacturer of luxury sailboats, declared itself in default of payment, and asked to be placed in bankruptcy. 160 employees lost their jobs. The company KPMG, appointed judicial agent, will now do everything to find a possible buyer.

This announcement came just after the closure of the Boot Salon in Dusseldorf, on which the British shipyard was proudly exposing its new model, the Oyster 745, one of the largest sailing ships of the show, and announced for the end of the year, the launch of the Oyster 118, its new flagship, specifying that its order book amounted to nearly 80 million pounds sterling.

In a cryptic communication, David Tydeman, CEO of Oyster Yacht, said the company had failed to confirm the financial support of its partners, which forced it to file for bankruptcy.

In fact, it appears that the UK investment fund HTP Investments BV, owner of the shipyard, decided to stop the charges at the end of January, and that this financial withdrawal has placed the company in cessation of payment.

The investment of Oyster Yachts in bankruptcy concerns besides Oyster Marine, Oyster Brokerage and Oyster Palma.

In 2012, the British yard of Southampton had been taken over by the Dutch investment fund HTP Investments BV for 12 million pounds sterling, only 4 years after the sale of the company by its founder, Richard Matthews, to the Balmoral Capital fund for... 70 million!!

Meanwhile a crisis happened facing the fact that for the last 3 years, the shipyard had to face the costs incurred following the problems that occurred on one of its last deliveries, Pollina Star III, the Oyster 825 no. 2, a luxury sailboat that barely delivered... sank off the coast of Spain, following the loss of her keel!!

The expertise following the tragic accident prompted the shipyard to recognize that the Oyster 825 could be structurally weak because of a construction problem, as the selected production process used on other models of the yard had not taken place. 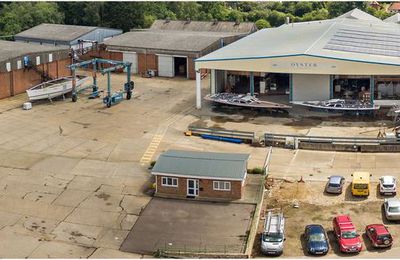 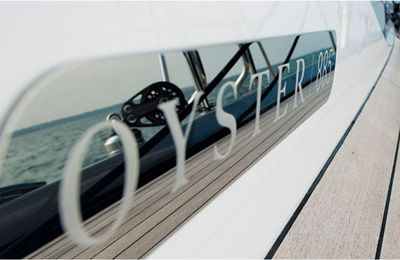 After bankruptcy, a new owner for Oyster Yachts
« Previous post Miami Boat Show - In 2019, Lagoon Will Launch a Second Brand of Catamarans Next post » Chris Doscher Named President and Director of Sales of Hudson Yacht Group