The Evo Yachts brand, owned by Blu Emme Yachts, will present the world premiere of the Evo R6 Open at the upcoming Yachting Festival de Cannes. 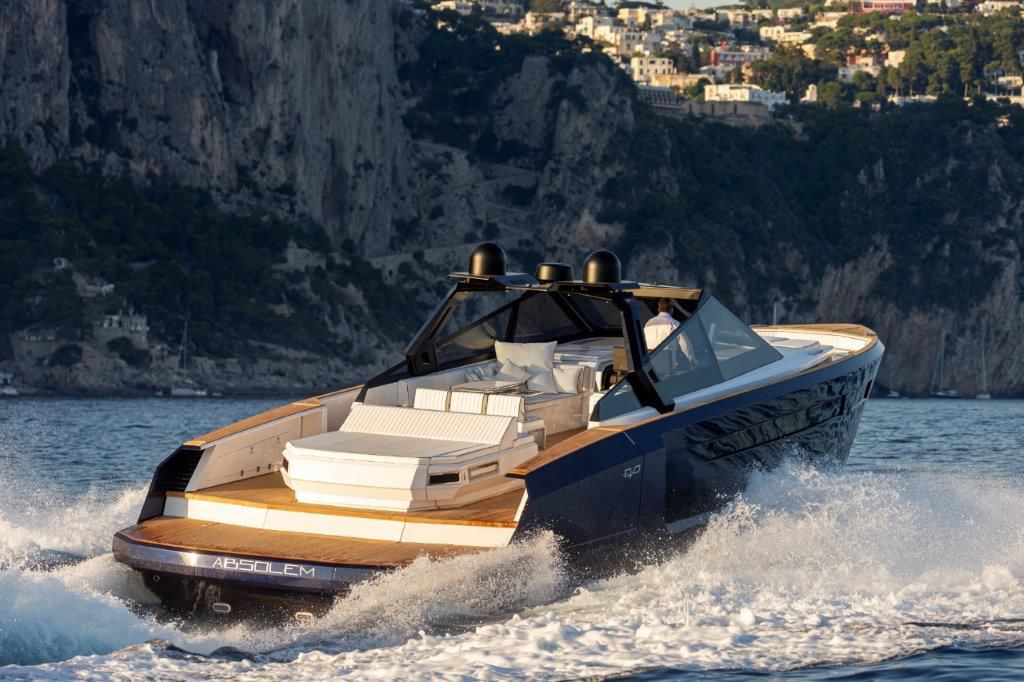 Signed by the designer Valerio Rivellini, the new 18-metre motor yacht is the open version of the Evo R6, the flagship of the R-Line range unveiled at the last Yachting Festival, from which it inherits the elegant design and flexible spaces.

Compared to the classic version, the new R6 Open is equipped with a steel roll-bar instead of the t-top, consisting of a suspended wing that connects the two uprights. The resulting design has sporty, flowing lines that perfectly convey a feeling of lightness. This lightness is also visible in the details, such as the decision not to place the antennas on the wing itself, but in a raised position above it, so that they form an integral part of the structural design.

A retractable bimini provides shade for the pilot's seat and the front part of the cockpit, which is equipped with a large dining area and lit at night by courtesy lights on the roll bar, in an evocative play of light. In addition to this exterior space, there are three other areas: the spacious forward sundeck, with facing seats at the bow, the sunbathing island in the beach saloon, and finally the modular swimming platform at the stern, with multiple uses.

Like all the models in the Evo Yachts range, the beach saloon is the most striking feature on the boat, thanks in particular to the shipyard's characteristic "XTension" bulwark system, which opens sideways in a few seconds to increase the available space by 40%. The central sundeck is spacious enough to accommodate a 2.85-metre-long tender.

Although this is a pure open boat, the space below deck offers all the comfort and great headroom, with a layout that includes a dinette, the owner's cabin, two double berths for guests at the stern and two bathrooms. 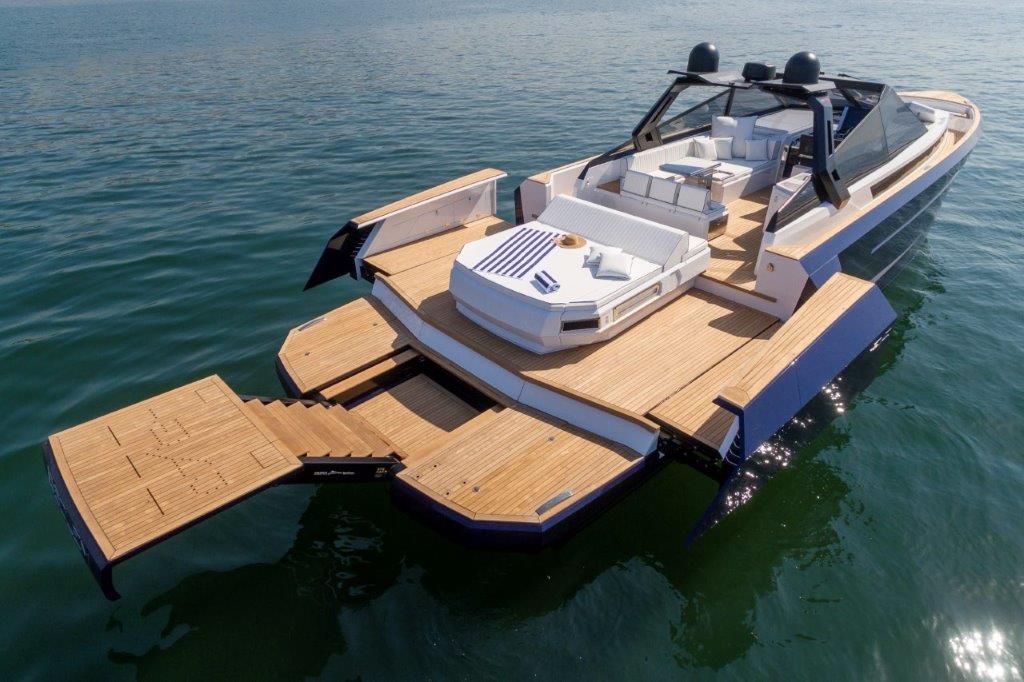 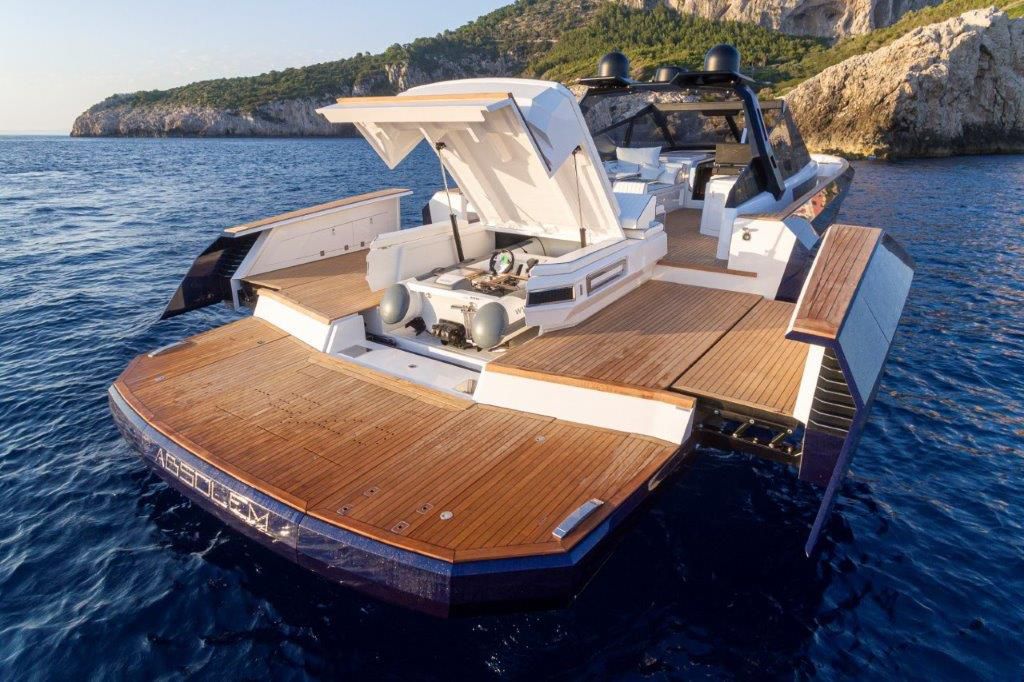 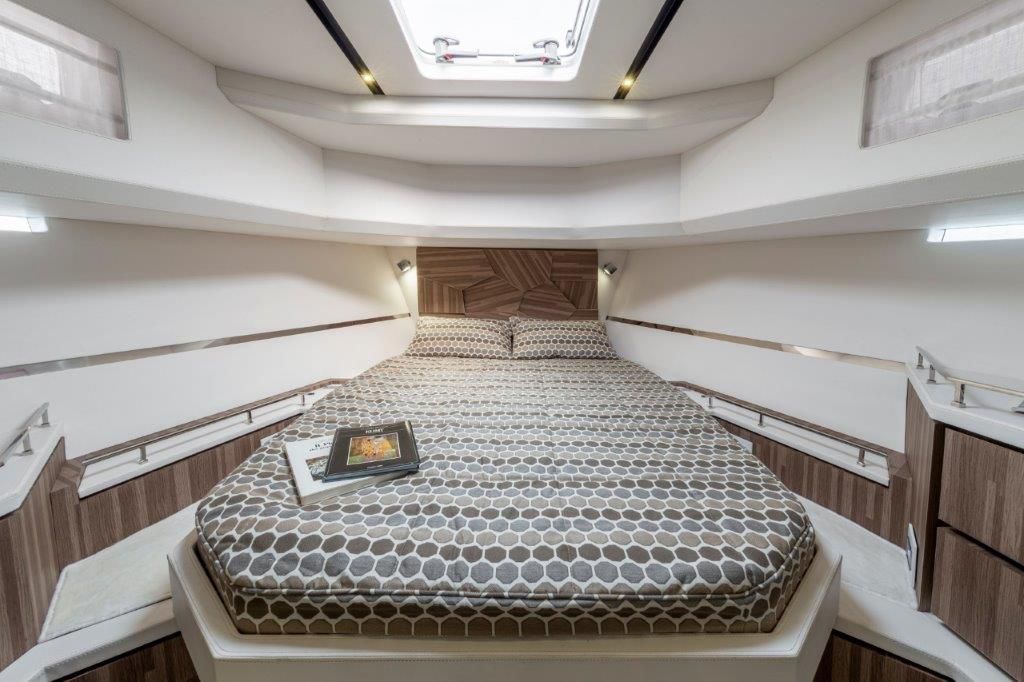 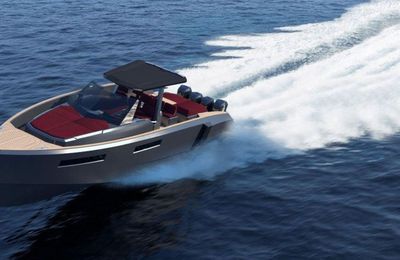