Max, a French employee of the Dream Yacht Charter base in Phuket, was among the professional divers sent to retrieve the Thai football team stuck in the flooded cave. For more than two weeks, a Thai football team was stuck in the Tham Luang cave in the north of the country, surprised by the sudden rise in water. The rescue operation conducted by the authorities proved particularly difficult, as a lifeguard lost his life during an unsuccessful attempt.

Among the rescuers mobilized, Navy Seals of the Thai army, but also professional divers came to lend a hand, because the operation was to evacuate the 12 players and their coach, after a 4-km underwater course, in total darkness and water laden with mud ...

Among the divers mobilized, a Frenchman, Max who works on the base Dream Yacht Charter of Phuket.

It must be said that the Frenchman had all the qualifications for this intervention: former Foreign Legion member where he spent nearly 8 years, his specialties were diving in deep water - with nearly 3000 hours of diving to his credit - the speleology and the safeguarding of human lives, the Legion obliges ...

With these skills, Max played a key role in the preparation and execution of the evacuation of the children and their coach, few people had such an experience in Thailand.

At such, by order of the King, he received the Recognition Immigration General in Bangkok, during a short ceremony held for that purpose.

At the end of this ceremony, Loïc Bonnet, the founder of Dream Yacht Charter, said: "It was a dangerous mission and we cannot imagine how difficult the conditions were to be in the caves for the rescue teams and children. We are proud of Max, happy to know that he is safe and that the football team is recovering little by little. Our thoughts are with the boys and family of former Thai Navy member Saman Gunan, who lost his life during the rescue mission. " 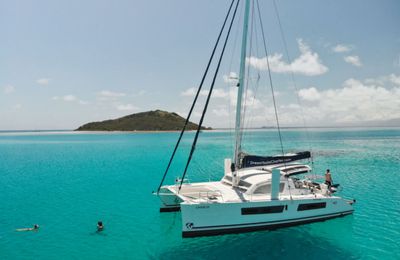