Thunderball, the fourth opus in the James Bond series, is an opportunity to discover a yacht less ordinary than one might think at first glance: Disco Volante! 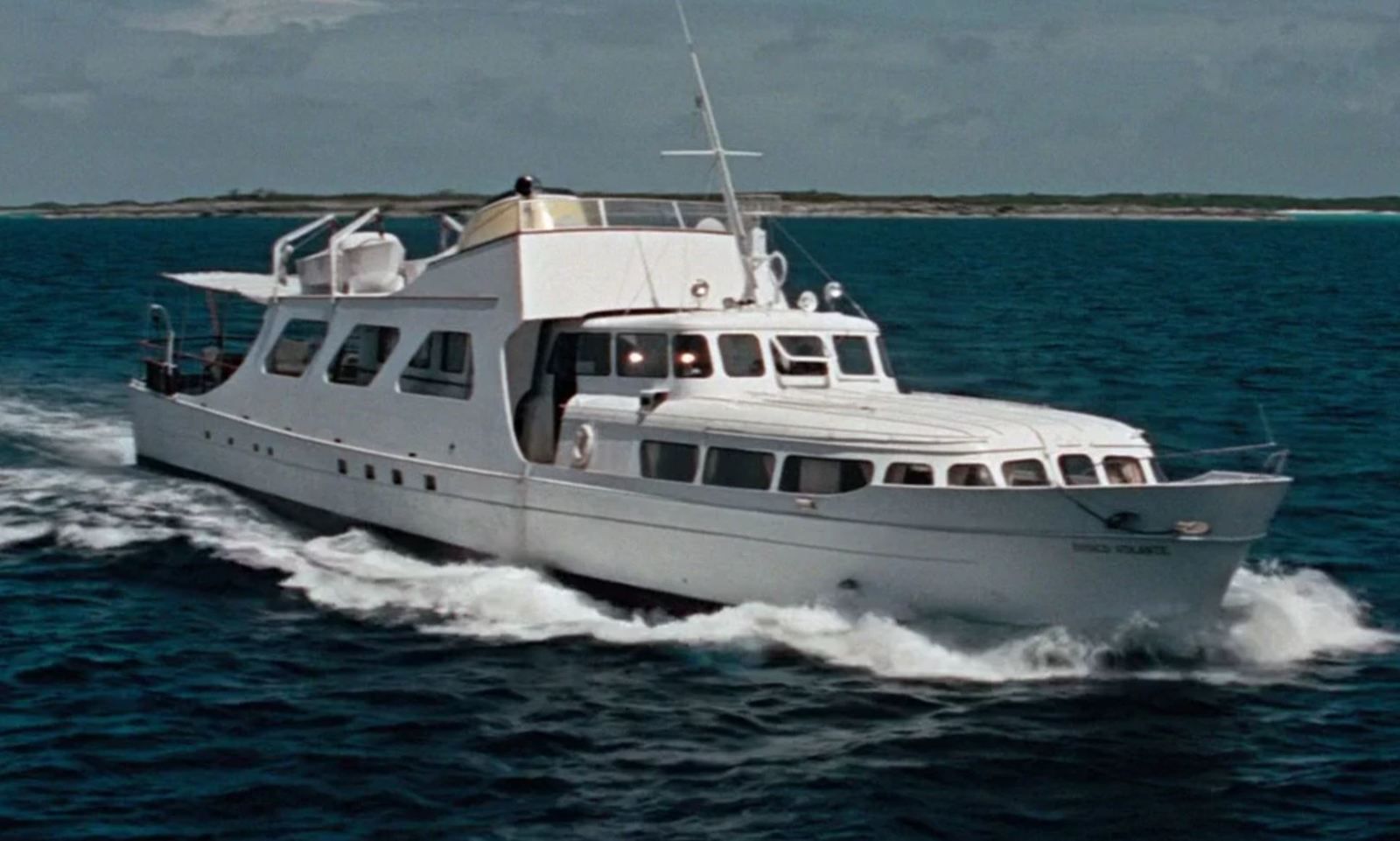 It is in the Bahamas, in Nassau, that we discover Disco Volante, the personal yacht of Emilio Largo, a billionaire as flamboyant as he is ruthless, anchored off the coast of his superb seaside villa, Palmyra.

Number 2 of the criminal organization Spectre, headed by Ernst Stavro Blofeld, Emilio Largo is the president of a Paris-based charity, the International Center for Assistance to Displaced Persons.

Within Spectre, Emilio Largo is in charge of Extortion and responsible for the NATO Project, which consists in stealing 2 nuclear bombs from the latter, in exchange for £100 million!

At the heart of this scheme is Disco Volante, a yacht whose objective is not to entertain its rich owner for sea trips between the Bahamas and Florida, but to work underhand... to transport the said atomic bombs.

Its entrails conceal a diving lock, housing an underwater transport vehicle, essential to go and store nuclear weapons in an underwater cave, before positioning one off the coast of Miami!

However, the main characteristic of Disco Volante does not lie in this dive chamber, but in its very concept: built in Sicily, at the Rodriquez Cantieri Messina shipyard, Disco Volante is in fact a hydrofoil motoryacht, made up of two detachable parts, the catamaran stern - the 15 m long cocoon - housing the flybridge, which can be clipped onto the forward drive section.

This front part (20.75m long) is in fact a Rodriquez PT20, the very first production hydrofoil boat, built in 1957, and which will be transformed for production needs in Puerto Rico, after an investment of nearly 500,000 dollars.

A pioneer, the Rodriquez PT 20 will be the very first commercial hydrofoil boat to be put into service on a regular service, Messina, Reggio Calabria operated by SNAV (Società Navigazione Alta Velocità ). With its 1350hp V12, its capacity to carry 72 passengers, the Rodriquez PT 20 flew at 37 knots, in the greatest comfort (for 50 knots in the novel and 20 knots in the movie, a fake beard from Largo to Bond, to hide the true nature of his yacht!) 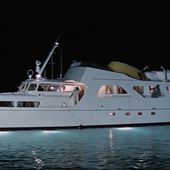 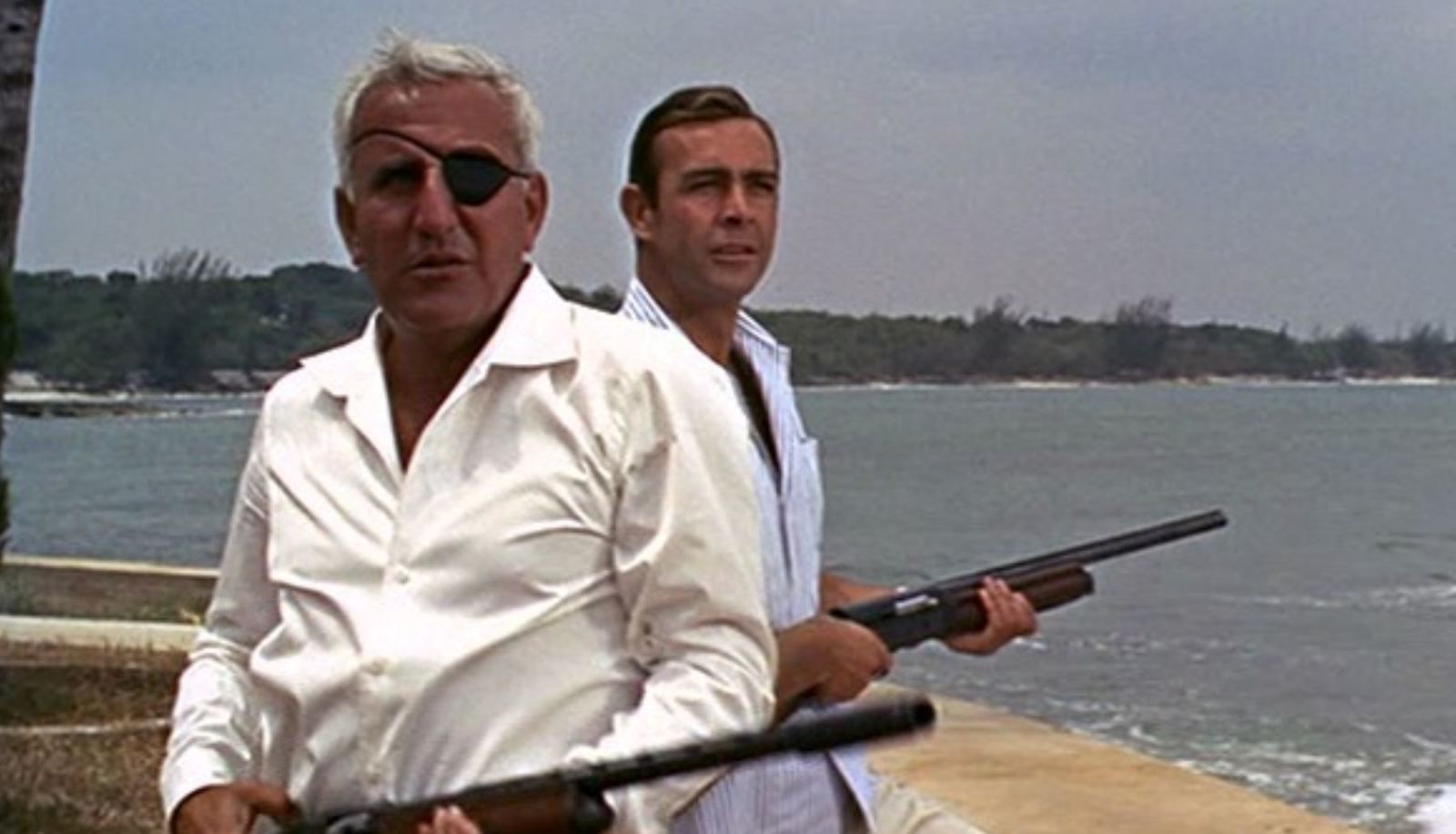 MarineMax Vacations Announces International Partnership and Expands to the Bahamas