End of the strike at Fountaine-Pajot

The labor dispute that began on December 3, 2021, just as the Paris Boat Show was opening its doors, paralyzed the factories of Fountaine-Pajot, the world's third largest pleasure catamaran manufacturer, and ended on Wednesday, December 15. The three sites of the Fountaine-Pajot shipyard in La Rochelle have just ended a long labor dispute over wage demands.

Launched at the initiative of the CGT, FO and CFDT unions, this conflict has spared the Dufour Yachts shipyard, a subsidiary of the group dedicated to the construction of monohull yachts, also based in La Rochelle (Périgny).

The unions' demands were for an hourly wage increase of 1.20 euros gross, while the management of Fountaine-Pajot proposed a 3% increase.

This movement developed in a company that is rather generous with its employees, whose profit-sharing program is generally cited as an example in the industry, supported by the social democratic convictions of its founder, Jean-François Fountaine, who is also the mayor of La Rochelle.

This strike movement put forward demands concerning purchasing power and the fact that profit-sharing was not included in the calculation of pensions, and that the cost of living and housing had risen sharply in La Rochelle.

The agreement reached on December 15 with the CFDT, which has a majority in the company and has enabled production to restart, concerns a 3% increase, with a minimum of 0.55 euros per hour for the lowest salaries, i.e. 65 euros per month. This increase is almost identical to the one recently obtained by employees of the retail giant Leroy-Merlin.

The Fountaine Pajot Group has a consolidated turnover of 172 million euros - it is the second largest French yachting company behind the Bénéteau Group - of which 56 million euros are for Dufour Yachts, and 116 million for catamarans. The Group employed 986 people at the end of August 2020 and 223 temporary staff, for a total of 1,200 people, an increase of 7% compared to 2019. For the year ended August 31, 2020, employee profit sharing (incentive and profit sharing) amounted to €3,243,462. 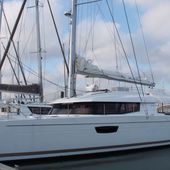 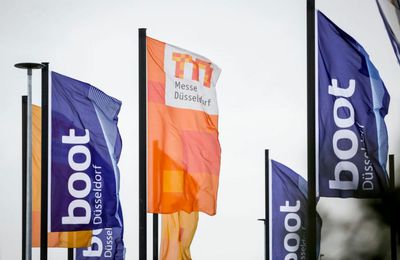