The all-new Hallberg-Rassy 44 aims to combine the best Hallberg-Rassy stands for, spiced with contemporary improvements for fast and comfortable cruising.

The first hull was visually finished on the exterior for viewing in the harbour at the Open Yard weekend 26-28 August 2016.

Further 44´s are under construction. The Hallberg-Rassy 44 has completely been finished December 2016, and world premiere will be at the world's largest boat show, Boot Düsseldorf 21-29 January 2017.

Key points of the new Hallberg-Rassy 44 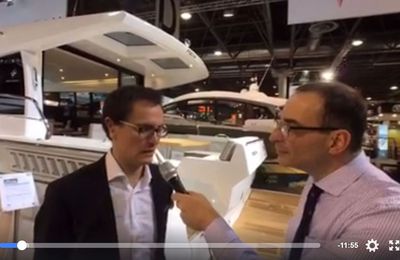 Video from Boot Düsseldorf - on live tour of the new Prestige 630
« Previous post Who are you, Mike Simpson, between the gentleman, the adventurer, the businessman and the sailor ? Next post » The new Quicksilver Activ 755 Cruiser makes its UK debut at the London Boat Show