After more than a month in the turquoise waters of Bermuda, acting as a forum for discussions around the conservation of the oceans and supporting the French campaign in the America’s Cup, the Race for Water vessel has now transformed into a scientific station. 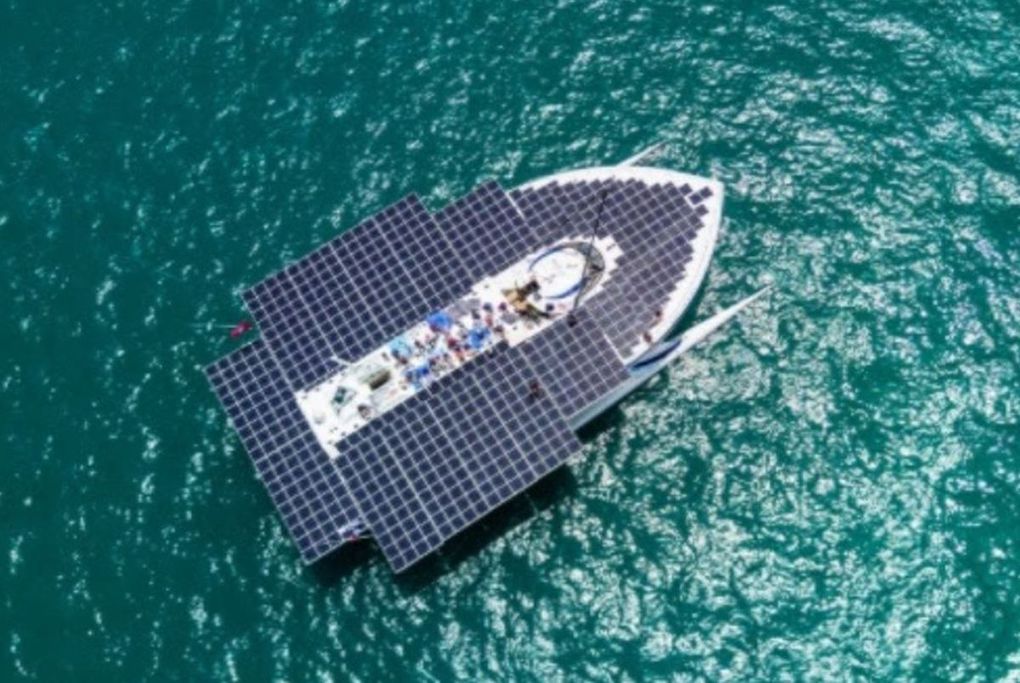 As an official platform for Groupama Team France, their guests came on board to support the French team led by Franck Cammas in the 38th edition of the America's Cup.

The vessel also acted as a conference center for the first “From plastic waste to energy” seminar and for the first workshop of the Odyssey 2017-2021. She has now transformed into a scientific platform and has welcomed the first researchers from the EPHEMARE project, supported by the European consortium, JPI Oceans. During the next ten days, Race for Water will witness a series of micro-plastic samplings, which will enable the study of their toxicological effect on marine ecosystems.

Highlights of the Bermuda stopover

From the reception for Mr. Mickael Dunkley, Prime Minister of Bermuda, to the reunion with many of the committed people from the island that the Race for Water Foundation met in 2015 during the first Odyssey, this first stopover was notable for some great new encounters. Through the enthusiasm for the America's Cup, the Foundation was able to raise awareness among the general public about the importance of the oceans and of the solutions that exist for conserving them from plastic pollution. Meeting with the various racing teams was naturally a highlight, as was the visit of 150 school children and the first seminar organized on board this ambassador vessel. It enabled the experts from Race for Water to present their project to create a value chain from plastic waste through energy recovery. More than 20 Bermudian business leaders, government technical officials and NGO members, as well as Mr Sylvan Richards, minister of the environment, were on board to share their thoughts on this critical issue in Bermuda and for islands in general. Other highlights were the scientific workshop on the problem of plastic waste, organized in collaboration with the Keep Bermuda Beautiful association, led by Anne Hyde, and promoted online through the Foundation's social networks. And also the Bermuda Underwater Exploration Institute’s conference, which gave the crew of Race for Water a wonderful public platform to present the specifics of the Odyssey 2017-2021 to the general public.

It’s always about the Science

Until July 7, Race for Water will be transformed into a floating laboratory for a series of sampling and testing of micro-plastics on the Bermudian beaches and surrounding waters. Raimundo Blanco (University of Vigo), Camilla C. Carteny (University of Antwerp) and Christelle Clérandeau (University of Bordeaux) are the first scientists to benefit from the facilities on the 90m² oceanographic research vessel, Race for Water. All three are from the EPHEMARE project, supported by the European consortium, JPI Oceans, and are studying the contamination by micro-plastics and consequent effects on aquatic species, both invertebrates and fish. On board Race for Water, with the help of the crew and local scientists, they will collect as many micro-plastic samples as possible from water columns, emerged and submerged sediments, as well as sea cucumbers and bivalves. Three areas of interest will be covered: Whale Bone Bay, Well Bay and Evans Bay. The samples will then be used to distinguish the pollutants present on the surface of these micro-plastics and to measure their potential toxicity with respect to one or two model marine species.