Suzuki once again provided the power for the Beneteau Barracuda Tour fishing competition, which took place recently at Port du Crouesty in the Quiberon Bay. 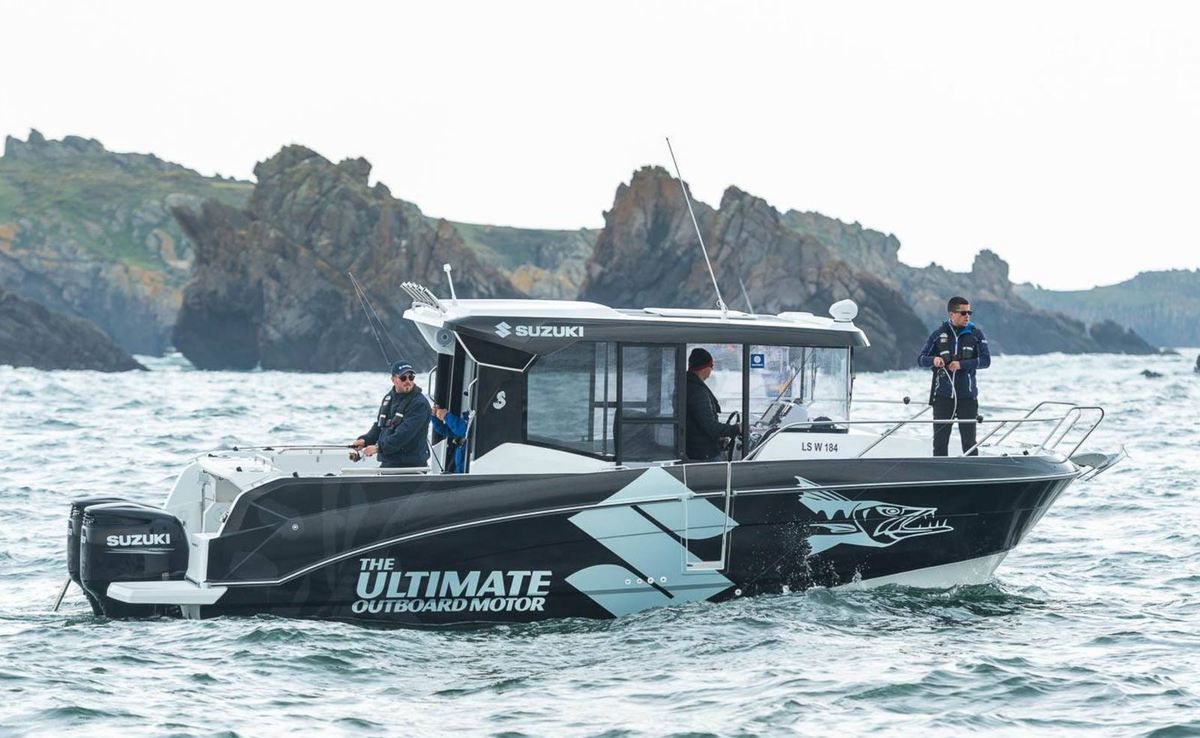 Organized by Beneteau, the Barracuda Tour has become the European standard in no-kill fishing competitions and now has an international following. Now in its seventh year, the annual event has grown to include 60 boats and 150 participants from 19 different countries!

The contenders compete against each other on an equal standing, on boats equipped with similar gear, provided by the event’s partners. The welcoming festive atmosphere of the event instils general enthusiasm and draws an increasing number of participants and a larger public every year. Although bass remains the king of the event, all of the fish caught are now counted.

With a range of Suzuki ultimate outboards being used, from its new DF150A up to the mighty power of the V6 DF250AP, participants knew that their skippers would be able to get them to the fishing areas quickly and efficiently. Suzuki’s troll mode system also enabled the boats to keep running at a set constant low speed and low revs to further enhance the fishing experience for the participants.

Daisuke Kawatari, General Manager for Suzuki Motor Corpoation’s European Liaison Office, said, “We are proud to work in partnership with Beneteau. Not only to bring fantastic boat/engine packages to the market, but also on amazing events like the Barracuda Tour. The event was a huge success and we would like to thank all of the Dealers and their customers throughout Europe that supported it.”