The French shipyard has decided to integrate rigid inflatable boats in the offer of its Bénéteau Boat Clubs. A first test is set up in France, at Les Sables d'Olonne, with two units (5.50m and 6.50m), powered with Suzuki Outboard engine! An essential offer in a boat club, to seduce first-time users! There was so far a lack in the product offering of Beneteau's Boat Clubs: the French shipyard did not propose any rigid inflatable model, whereas this type of boat is particularly popular among first-time users.

These two models are not unknown since they are built at Zodiac, the world leader in the sector, which take up the basics of Pro Open. As part of a partnership between Zodiac and Bénéteau, these two RIBs have been personalized in the colors of the Vendée shipyard.

On the program of these two models that target the heart of the market: well-equipped units, versatile because of their sun canopy, their sunbathing front, their backseat and their double bolster seat. These two units are naturally motorized with Suzuki outboards engines, the Japanese engine manufacturer being the traditional partner of the French shipyard!

This first test, conducted at Les Sables d'Olonne's Club, will allow the various Bénéteau Boat Clubs to position themselves to expand their boat ranges.

Knowing that this first full-scale test is the first step of Bénéteau on the market of rigid inflatable boats .... A big first !! 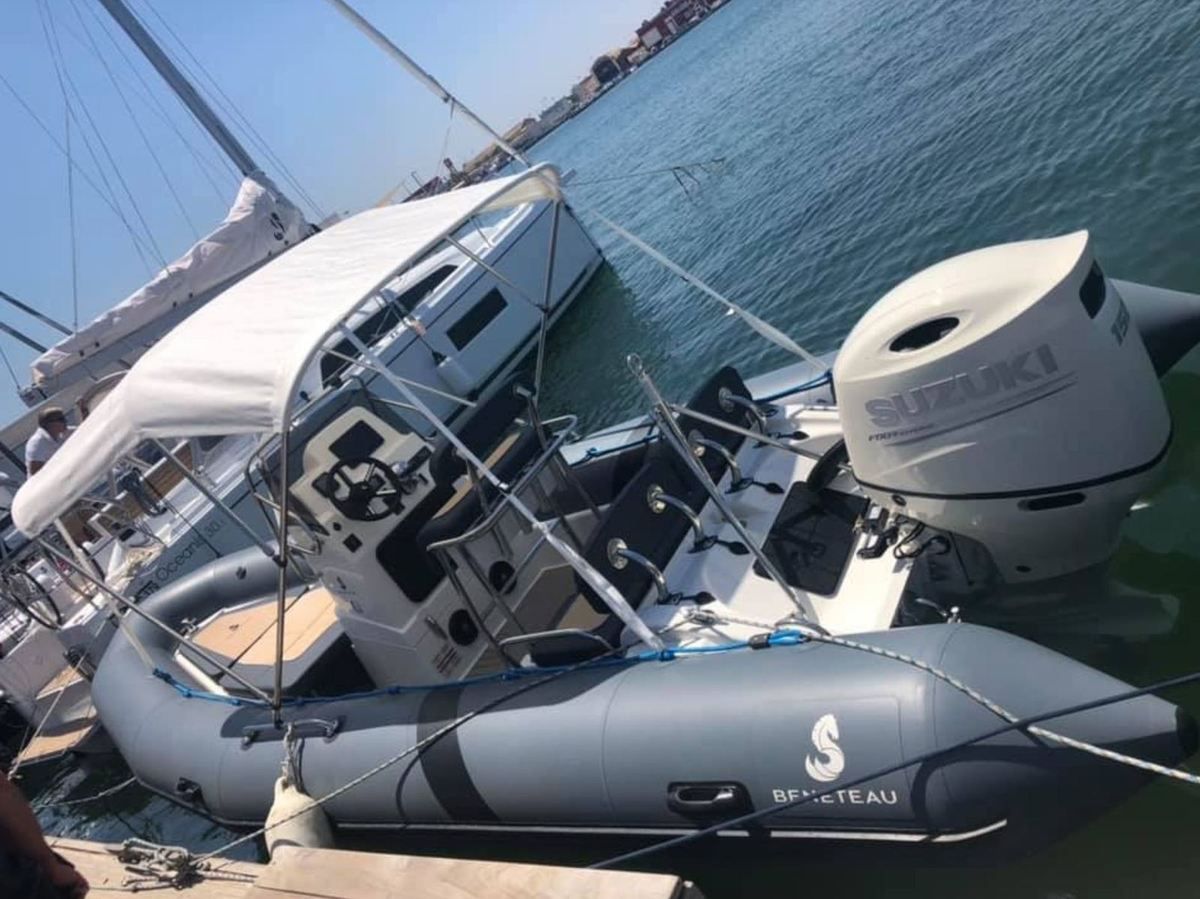