Speed records are usually set and then surpassed, in a continual headlong rush: the speed record on water was set.... 42 years ago!!!

42 years indeed that the Australian Ken Warby's water speed record of 511 km/h holds, which does not seem to be about to be called into question....

Sailing at 40/50 knots aboard a motorboat is a pleasure that generates a definite adrenaline rate, especially when you are aboard a rigid-inflatable boat! Also, imagining going up to 276 knots seems to be an almost impossible feat.

Yet it was this incredible speed, 511.13 km/h, that Australian Ken Warby reached in 1978 aboard the aptly named Spirit of Australia!

To set this record, Ken Warby had prepared things well: first of all by choosing a well laid-out stretch of water, in this case a reservoir, the Blowering Dam, in New South Wales.

He then opted for an original technology, which consisted of equipping his boat with an airplane engine, as even the most powerful outboard motors reach technical limits.

With 6000hp, Spirit of Australia had everything to beat the previous record set in 1967 by the American Lee Taylor at 459 km/h!

As soon as it was warmed up, the Spirit of Australia floating plane sprayed it at 464 km/h, auguring superior performance in the future.

Very fit, his second attempt enabled him to reach 511 km/h!

Just to set the record contenders straight, it should be noted that when Ken Warby beat the record in 1978, the two previous attempts had resulted in the death of the two reckless pilots... 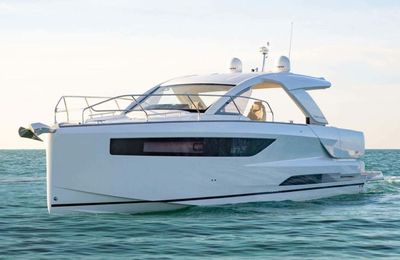 M
mtnwing
06/20/2021 15:54
Disrespectful to call the other pilot's reckless. Each calculated the risk and things went wrong. That doesn't make them reckless.
Reply