The final shutdown of the American outboard engine brand Evinrude by its Canadian owner BRP is changing the face of the very competitive marine powertrain market. Who are the manufacturers who have the most to gain from this decision, which is still being talked about on the pontoons?

The disappearance of a player in a mature and battle-ridden market is usually an opportunity to see the lines move, lines that have often been frozen for years, precisely because of the maturity of the market itself.

In outboard engines, the coming weeks and months will be rich in lessons about the impact of the demise of the American brand Evinrude.

While Evinrude's market share has dropped significantly over the years due to a technological choice not understood by boaters (see our article), this market share is still a precious treasure for the players present, with a major question at the key: who will be able to take advantage of this windfall?

A windfall that must be anticipated in the light of two key factors: that of "rear panels" (or original equipment policy, i.e. partnerships between an engine manufacturer and a hull builder), and that of the development of commercial networks (aftermarket and after-sales service).

Partnership between BRP and Mercury Marine

The announcement that Evinrude engines will no longer be marketed was made at the same time as the conclusion of a partnership between the Canadian group and the American engine manufacturer, at the end of which the hulls of the former, previously equipped with Evinrude engines, will now be equipped with Mercury engines from the Brunswick Group...

In recent months, BRP, which had left the small outboard boat building market with the sale of Celebrity Boats (Sea-Doo Boats) in 2012, has returned to it by force - we can understand why in hindsight - by buying the American and Australian manufacturers of open hulls Alumacraft, Manitou and Telwater.

Since these three brands are local brands with little export outside their respective markets, it seems clear that Mercury Marine should be the big winner from the shutdown of Evinrude outboard engines in North America (where it is already in a strong position) and Australia, through a net gain in sales, directly correlated to the number of hulls sold by BRP.

This strengthening of Mercury's position in North America and Australia will undoubtedly be facilitated by the cultural proximity of its Pro-XS engine range, Evinrude's e-Tech G2 engines, in terms of positioning and driving sensations: strong acceleration on hulls that are not necessarily heavy and beautiful sound design. This is a great way to appeal to Evinrude's highly-attached customer base.

Chris Drees, President of Mercury Marine said, "We have long-standing relationships with Alumacraft, Manitou and Telwater, and look forward to continuing to work with them while providing state-of-the-art outboard engines and exceptional service to all their customers around the world".

Outside of these markets, individual engine manufacturers are already working around the world to partner with Evinrude's boat builder partners, or seek exclusivity. The battle will be fierce in this area and will materialize the commercial power of the various players present: Yamaha Marine, Mercury, Suzuki, Honda, Selva...

The commercial networks will move

The second aspect enabling the players to regain Evinrude's market shares will undoubtedly be at the level of the distribution networks: they are the essential link for after-sales and aftermarket sales (or reengineering).

In this area, the networks which should benefit most from Evinrude's disappearance will be the less dense networks which will be able to gain a high degree of visibility, the stronger networks often being blocked in their development by restrictive territorial exclusivity clauses.

At this level, it will be interesting to observe the commercial mercato and to note over the months the appearance of new signs on dealerships and distributors, even if all Evinrude dealerships were not all single-branded . 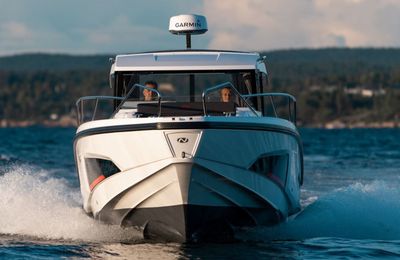 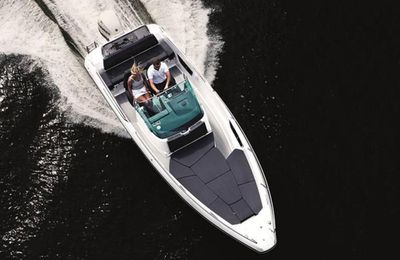 Nordkapp and Sting replace Evinrude with Mercury Marine
« Previous post Zurück zur Freiheit des Bootfahrens in Frankreich Next post » 511 km/h on the water, a speed record that hasn't been broken in 42 years!