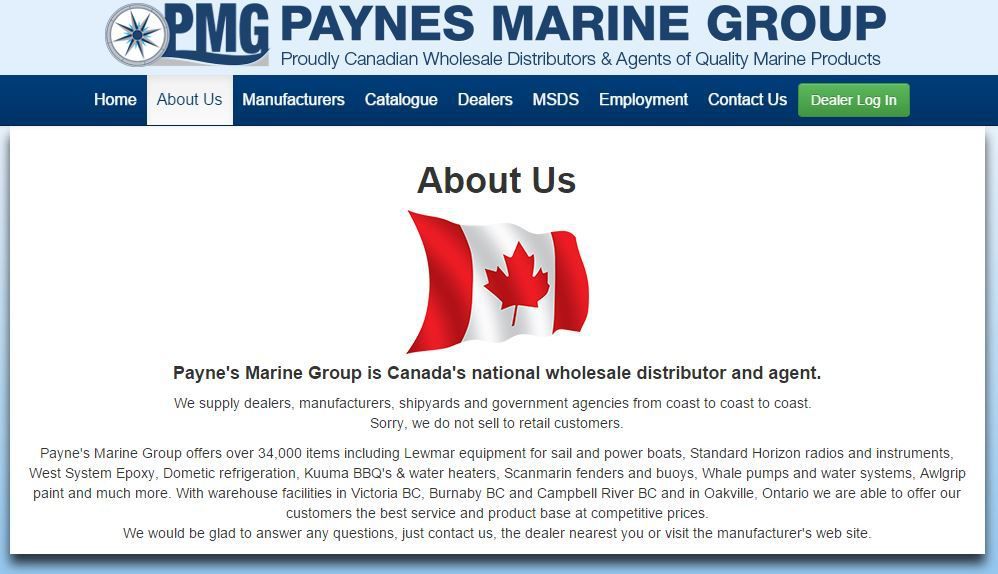 This acquisition will allow Mercury Marine to grow its global parts and accessories (distribution network and better serve customers across Canada. Payne’s Marine reported revenue of more than CAD $22 million in 2015.  Terms of the deal have not been disclosed to Yachting Art Magazine.

“We continue to look for opportunities to grow our distribution channels around the world, and Western Canada is one of the areas that we had targeted for growth,” said Mike Gyorog, Mercury Marine vice president global service & marine parts and accessories to Yachting Art.  “Adding Payne’s Supply and its well-established distribution channels will allow us to better serve our customers.”

The company offers a broad selection of over 34,000 marine supplies, for sail and power boats, through three facilities located in British Columbia (Victoria, Burnaby, and Campbell River),  as well as one located in Ontario (Oakville).

“Having Payne’s Marine in our portfolio will not only fortify our distribution networks in Canada, but will also allow us to leverage their knowledge in a variety of channels such as big boats, sail boats and government applications,” said Georges Jalbert, Mercury Marine Canada general manager.

Payne’s Marine will be integrated into Mercury Marine’s P&A network in Canada, augmenting the presence of its Land ‘N’ Sea Canadian channels, particularly in Western Canada where Mercury Marine has made other investments recently.

Payne’s Marine has about 50 employees, who will all be transitioned into Mercury Marine.

Exclusive - Discover all Sailing Yachts Nominated at the European Yacht of the Year 2018
« Previous post 20 new yacht models in 5 lines over the next 18 months, for the French shipyard Couach Next post » VIDEO - 16 knots aboard a catamaran Lagoon 42