60 knots aboard a Nitra 22P by Swedish shipyard Nitra Boats

The Evinrude European boat trials, organized in october in Italy, on the Lago Maggiore, were the opportunity to discover the Swedish Nitra Boats shipyard, and to test its Nitra 22P, a 22' sport powerboat. 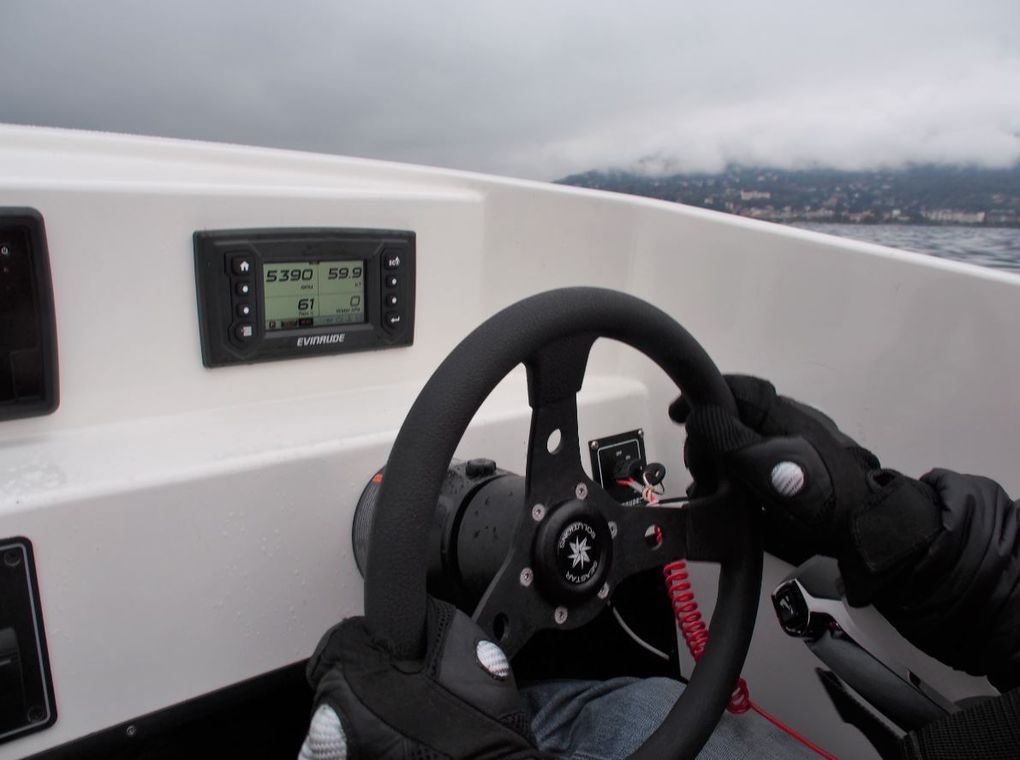 Yachting Art Magazine has met Stefan Exerman, chairman of the board of Nitra Boats, who explains us the reason why he decided to set up the Nitra Boats shipyard, two years ago. A good opportunity to discover really performing units !

Stefan Exerman, for what reason have you decided to found the Nitra Boats shipyard, and to launch the construction of the Nitra 22' powerboats, 2 years ago

Stefan Exerman - We decided it because we looked around in Sweden, where I come from, and we saw that no manufacturers did the kind of boats we were interested in !!  So we decided to build them ourselves. As we come from a racing background, we already had a good experience on how to build such boats. Moreover, one of our collegues had been working in this sector for almost twenty years ! When people saw our first model, they immediatly were interested by having one !! It was the beginning of the Nitra history

Where are you located in ?

Stefan Exerman - The Nitra Boats shipyard is based north of Stockholm. Everything is built in-house : so, our clients can decide a little bit on what they want to have fitted in the boat, how they want the covering, which type of engine, and stuff like that.

Could you present us the Nitra range ?

What are the main differences between these 2 models ?

Stefan Exerman - There are only 2 inline seats in the R model, to center the weight. This model is a little bit lighter too, so you can place the weight where you want, to balance the boat.

Which power do you advice for the Nitra 22P ?

Stefan Exerman - The Nitra 22P will work fine from about 90 HP and a maximum speed of 40 knots, to 200 HP and 70 knots, depending of course on what propeller you chose !

You build your boats in Sweden. What about their price ?

Stefan Exerman - Without the motor, I would say between 25 000 and 30 000 euros, depending on the hardware the boat is fitted with.

Not so expansive at all...

Stefan Exerman - When we decided to set up our shipyard and to launch the 22' range, we were aiming to develop an affordable performing and simplistic boat ! We want to keep it a driver's boat; this is a boat for the people who love to drive. And you really need to do that if you want to go fast, that's the fun part of it.

Stefan Exerman, the Nitra Boats are powered with Evinrude outboard motors. Why did you sign a partnership with BRP ?

Stefan Exerman - It started actually with the racing side. In the class that I race in Sweden, the 150 HP Class, if you wanna win, you need to have an Evinrude engine, because they are absolutely the best  ! And after that, we developped a partnership together, from the beginning of the shipyard. And... we just love their engines, especially the new G2; it's really really good. A lot of tour can a lot of top horse power !

After the Nitra 22, will you extend your range ?

Stefan Exerman, are you looking for distributors outside Sweden ?

Stefan Exerman - Of course we are looking for distributors in Europe. To sell our range is a really good opportunity for an importer to develop a new business, with affordable very performing semi-custom race powerboats ! Exclusive - Discover all Sailing Yachts Nominated at the European Yacht of the Year 2018
« Previous post 20 000 IPS units delivered by Volvo Penta since 2005 Next post » Presentation of the new XO 360, by Finnish shipyard XO Boats