Yachting - Presentation of the New Prestige 560

The Prestige 560 is the evolution of the 550, a model that has met with great success around the world, since it sold nearly 140 boats! 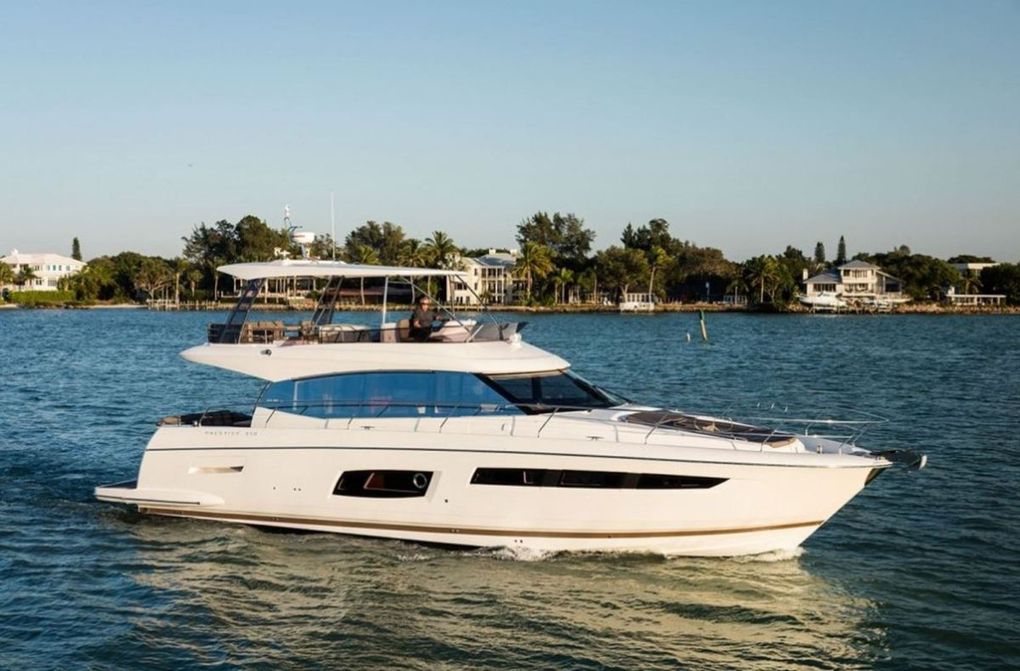 Several cosmetic improvements have been made on the 560, in particular in terms of design (still signed by Garroni), notably in terms of the shape of the portholes and the length of the swim platform that benefits of the addition of an automatic staircase for easy access.

On the 560, there is the typical interior layout of the Prestige yachts, namely a large opening onto the cockpit, a kitchen positioned on the port side, a large living area and a cockpit decked to starboard with separate access to the owner’s cabin - in front of the kitchen on the 560 this cabin being central on this model - the two guest cabins then being in the front tip that share a nice bathroom.

To get back to the owner's cabin, it is equipped with a large bathroom that is the full width of the boat, the central part of which consists of a large walk-in shower, accessible to the left by the dressing room and to the right by the washroom.

Suffice to say that this suite is astonishing by its size and its layout, characteristics that are generally found on much larger units!

The Prestige 560 reaches a maximum speed of 31 knots via two 600 HP Cummins - Zeus Pod Drive engines for an average fuel consumption of 165 litres per hour at a speed of 20 knots. 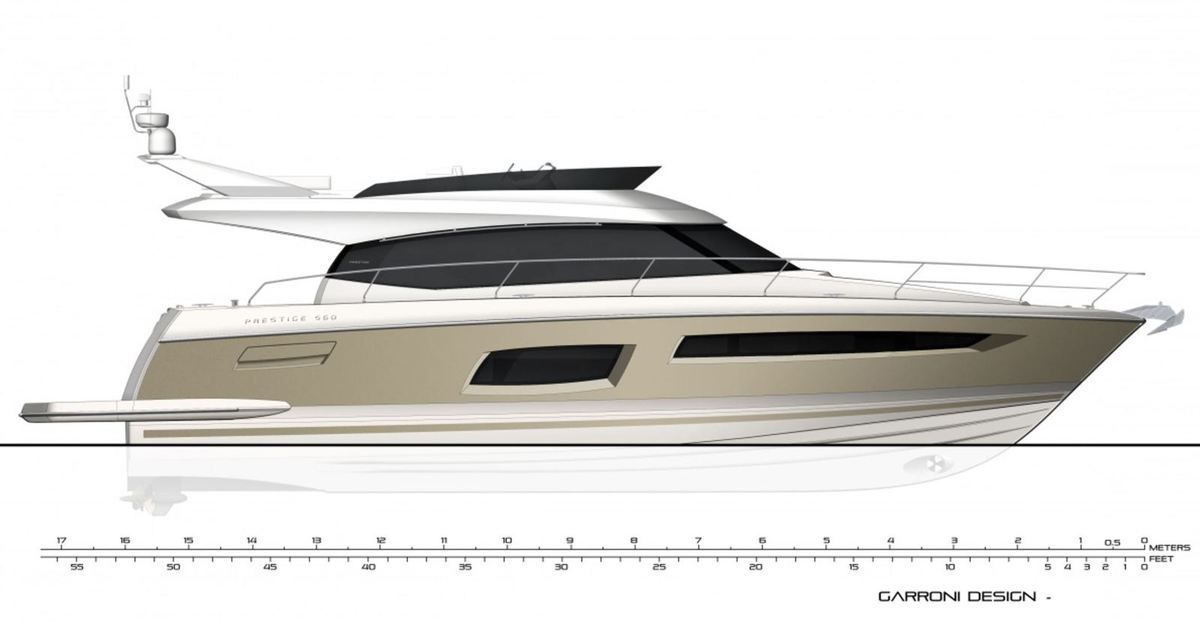 Prestige 560: a design by Garroni

Specifications of the Prestige 560:

Layout of the Prestige 560 by Prestige Yachts